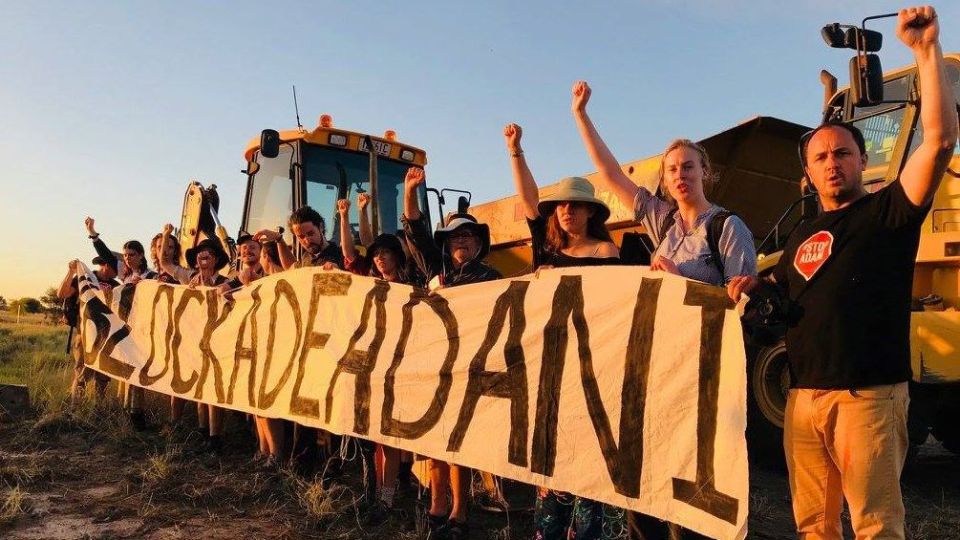 Queensland Premier Annastacia Palaszczuk has made good on her election promise to veto a billion-dollar federal government loan to Indian mining giant Adani for the construction of a rail line.

Ms Palaszczuk wrote to the prime minister on Tuesday, hours after her new cabinet was sworn in, saying financial assistance should not be provided for the company’s north Galilee Basin rail project.

The veto was one of the first acts Ms Palaszczuk undertook after reclaiming the office of premier.

It won’t alter Adani’s plans, a spokesman said in a statement.

“Adani Australia will now fully consider and adjust to the constraints the veto of funding brings,” the spokesman said.

Adani Australia is 100 per cent committed to Queensland, we have a strong regional Queensland presence. This will not change.”

The contentious loan, for a rail line connecting the Carmichael coal mine to the Abbot Point coal terminal, and related mining project were at the centre of the recent state campaign and Ms Palaszczuk announced the veto at the end of its first week.

She initially claimed she was vetoing the loan to avoid conflict of interest claims against her partner Shaun Drabsch, who had done consultancy work for the company.

However, she subsequently pivoted to claim vetoing the loan had always been the policy of the party.

The decision to veto the loan has been criticised by the federal coalition government, which says it will put the entire multi-billion dollar project in jeopardy.

However, Ms Palaszczuk says Adani has assured her it can fund the rail line itself through other means if necessary.