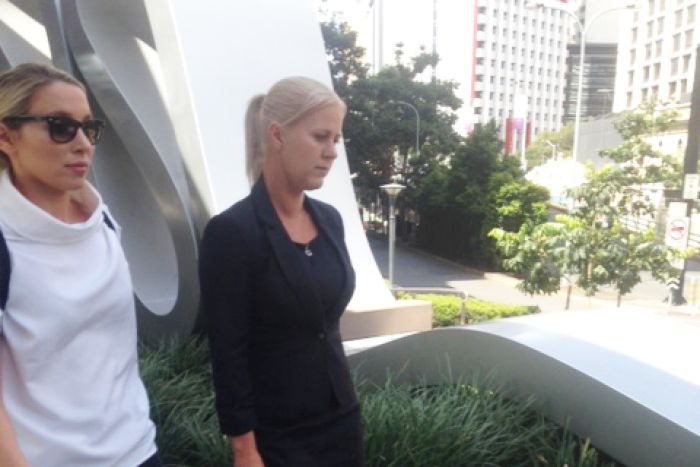 Heidi Strbak inflicted the fatal blow or blows which killed her four-year-old son on the Gold Coast in 2009, a Supreme Court judge has found.

Tyrell Cobb suffered blunt force trauma to his abdomen and died in hospital after he was found unconscious in a Biggera Waters home.

Court documents show possible mechanisms include a blow from a fist, foot or blunt object.

The child had suffered 70 bruises and abrasions and also had a cigarette lighter burn on his ankle.

Strbak has pleaded guilty to manslaughter for failing to get him medical attention sooner but denied the police allegation that she inflicted the fatal blow to his stomach.

At the police station during the initial investigation, Strbak told Scown she was “going to get done for neglect”.

Justice Peter Applegarth told the court he was satisfied the prosecution had proved its case against Strbak.

Strbak looked shocked as the judge read out his finding, and was rocking in the dock and shaking her head.

During a contested sentencing hearing Strbak’s barrister, Greg McGuire, said there was not enough evidence to hold his client responsible.

“We will never know what happened to Tyrell Cobb,” he said.

Mr McGuire said the evidence was stronger against Strbak’s ex-partner Matthew Scown, who was allegedly alone with the child four times when he was injured.

Scown was given a suspended four-year sentence for manslaughter in October for failing to get medical help.

The prosecution said Scown’s evidence that Strbak hit Tyrell and would not take him to the hospital, should be taken as “accurate and truthful”.

She will be sentenced next week.

During the case, paediatric surgeon Roy Kimble said leading up to his death Tyrell would have been in extreme pain and have been very sick from the time of injury until death.

“Every movement including breathing and vomiting would have caused extreme pain,” the judgement reads.

“His symptoms would have been easily recognised as requiring urgent medical treatment by any lay period from around 12-24 hours post injury.

“He would have had difficulty moving around after 24 hours and would have stopped being able to communicate around 48 hours.”

Dr Kimble also said the injuries Tyrell sustained were treatable and he would have survived if he had received treatment when he first became symptomatic.