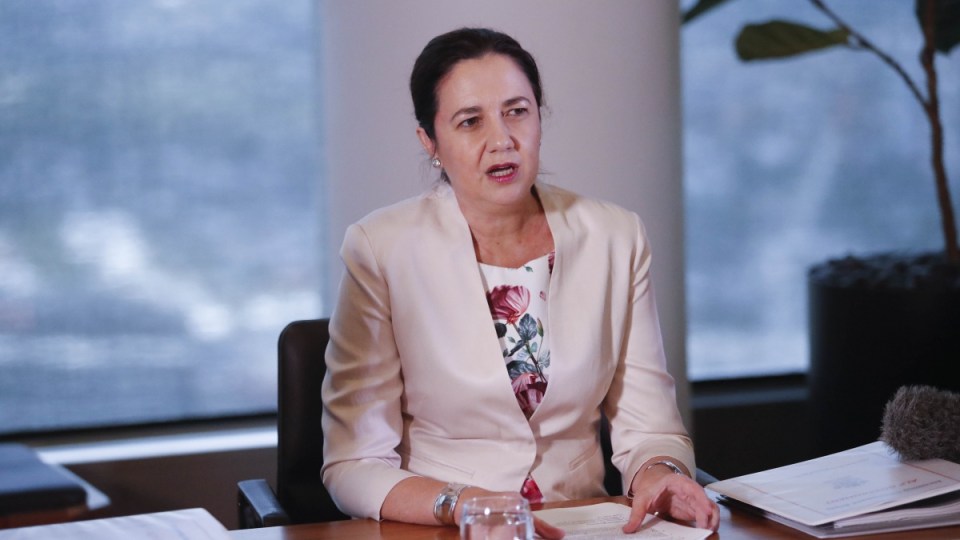 The Queensland Premier has unveiled her new Cabinet economic team as part of her post election overhaul of Government.

Annastacia Palaszczuk confirmed Treasurer Curtis Pitt will be nominated for Speaker in the next parliament, which will be sworn in on Tuesday.

With Curtis Pitt as Speaker, the new treasurer will be Deputy Premier Jackie Trad and Ms Palaszczuk will take on the trade portfolio.

Ms Palaszczuk said it was the strongest team to drive economic development and jobs in the state.

“This cabinet team is strong, it’s dynamic, and it also means we have equal representation of men and women in our cabinet, which is how the Queensland population is represented,” Ms Palaszczuk said.

“I had a conversation with Curtis, and can I say the Speaker of the Queensland Parliament is an incredibly important role, and he has the integrity and commitment to do that job.”

Ms Trad said she was honoured the Premier has bestowed the responsibility of treasurer on her.

“We commit to doing everything the Premier has said is in our style of government — that is consulting, listening to Queenslanders, making decisions and making sure we create jobs right up and down the coast, right throughout western Queensland, which is what Queenslanders expect of us,” she said.

Cameron Dick will also be on the four-person Cabinet economic team, moving from health to state development and infrastructure.

The ABC understands Environment Minister Steven Miles could move to the health portfolio.

Kate Jones moves from education to become minister for innovation, tourism and the Commonwealth Games.

In other movements, there will be some promotions including for Attorney General Yvette D’Ath and Employment and Multicultural Affairs Minister Grace Grace.

The Labor Caucus will meet in Brisbane tomorrow, with all portfolios to be publicly announced ahead of the swearing-in ceremony.

Mark Robinson announced via twitter he will contest the LNP leadership in Tuesday’s party room vote.

Earlier this year Mr Robinson was forced to deny he was considering defecting to One Nation after he had dinner with Pauline Hanson and her advisor James Ashby.

The minor party did not run a candidate against Mr Robinson at the election.

He joins current deputy leader Deb Frecklington and former leader John-Paul Langbroek who have both announced their intentions to run for the top job.

Mr Robinson tweeted saying the LNP needs a new leadership team and he is the only contender who offers a new beginning.

“Despite the best efforts of [LNP] Leader Tim Nicholls & his Deputy Deb Frecklington, they fell short,” he tweeted.

“A completely new leader & a new direction is needed to rebuild trust & connect with all Qlders.”