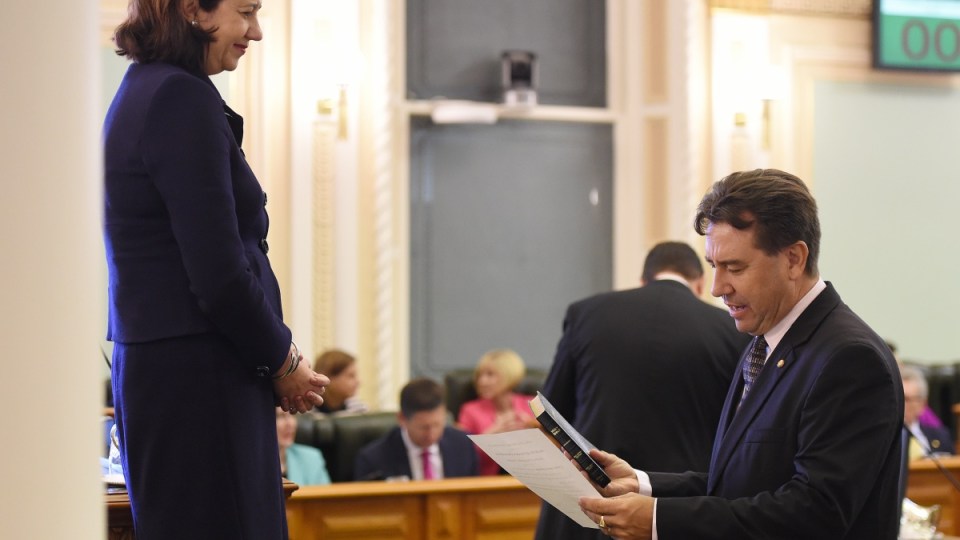 The fight to lead the recently-defeated Liberal National Party in Queensland is growing increasingly crowded with Dr Mark Robinson the latest MP to enter the fray.

“Despite the best efforts of the the old LNP team of Leader Tim Nicholls and his Deputy Deb Frecklington, they failed to attract Queenslanders to the LNP,” Dr Robinson, who has served in parliament for nine years including as Deputy Speaker, said in a statement.

“Now a new leadership team and a new direction is needed if the LNP is to rebuild trust with Queenslanders and win Government at the 2020 State election,” adding he was the only contender who “represents a complete break with the past”.

It is my intention to run for the leadership of the LNP in Qld. Despite the best efforts of @LNPQLD Leader Tim Nicholls & his Deputy Deb Frecklington, they fell short. A completely new leader & a new direction is needed to rebuild trust & connect with all Qlders #qldpol #qldvotes

A party room meeting is scheduled to be held on Tuesday to formally declare the new LNP leader, with four apparent contenders seeking to lead the opposition.

Within 15 minutes of Mr Nicholls’ surrender on Friday Deputy LNP leader Deb Frecklington, whose seat lies in National Party heartland, put herself forward with Tim Mander as her deputy.

Former LNP leader John-Paul Langbroek announced he was throwing his hat in the ring via Twitter on Friday, while party stalwart John Paul Langbroek has been mooted as a challenger, having held the role before.

There were also reports Whitsunday MP Jason Costigan’s intended to run for the party’s deputy leadership.

Former Newman government minister David Crisafulli who will make his return to parliament after being dumped at the 2015 poll, was considered a possible contender but took himself out of the race on Friday.