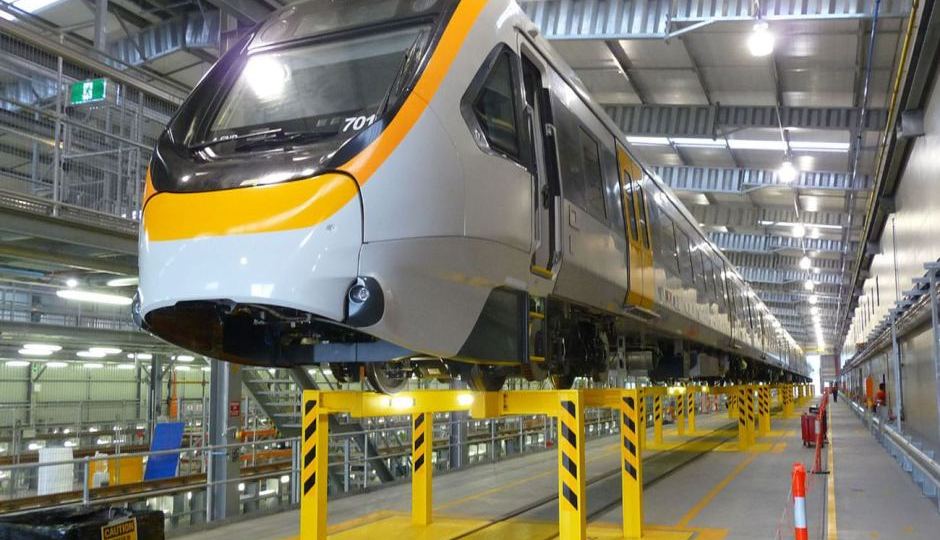 Queensland Rail (QR) cannot promise more than three new trains will be running in time for the 2018 Gold Coast Commonwealth Games next April, and is not ruling out further problems with those few.

The rollout of Next Generation Rollingstock (NGR) trains was delayed for more than a year after hundreds of defects and safety issues were identified.

Mr Easy said he was confident all the trains were safe, but admitted they had not been tested with passengers.

“There’s been a lot of testing, a lot of commissioning, we’ve run them on the network, we haven’t run them under load conditions,” he said.

“So clearly as we roll these out onto the network there may be some particular operational issues that we experience.

“Customers on the Gold Coast and the airport line will be the first to experience these services in the lead up to the Commonwealth Games.”

The Queensland Government signed a multi-billion-dollar contract to have 75 of the NGR trains built in India to replace the state’s ageing current fleet.

Trains delivered, but work required to make them ready

Twenty-one of the trains have been delivered to Queensland, all of them with significant problems that need fixing.

Earlier this year, Transport Minister Jackie Trad said she hoped 15 of the new trains would be ready for use in the Commonwealth Games.

But today Mr Easy could not guarantee any more than the current three.

“The timetable for the Commonwealth Games is still under development,” he said.

“The number of trains that will be ready will be on the basis of them passing all the assurance tests and will service the timetable that we will release in the new year.

“We will aim to deploy as many of these trains as possible.”

Mr Easy said the three new trains being rolled out had been worked on in Queensland for more than a year.

Four more trains are en route from India to Queensland.