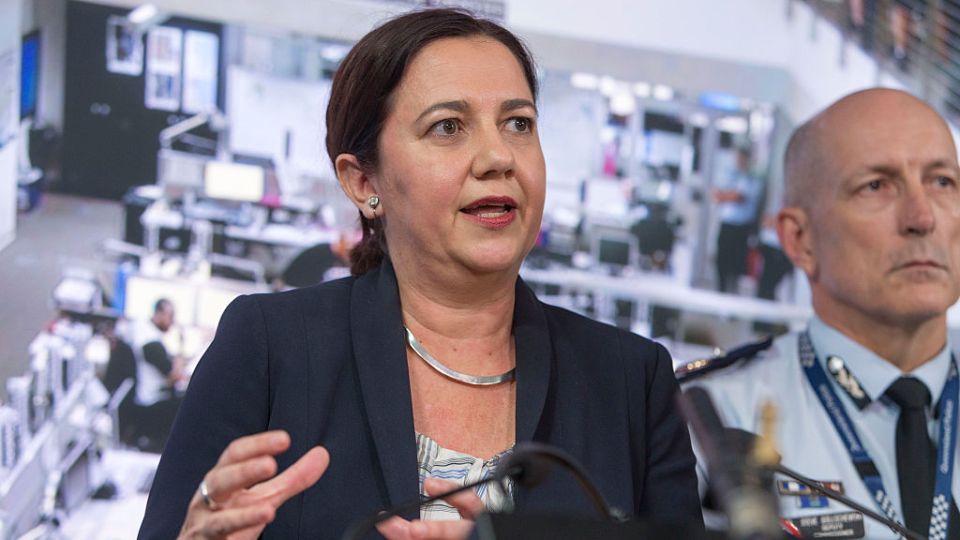 Queensland Premier Annastacia Palaszczuk has not yet claimed victory in the state election. Photo: Getty

Labor appears to have secured a majority government in Queensland, but Premier Annastacia Palaszczuk has yet to claim victory despite her candidate in a crucial seat getting over the line.

Meaghan Scanlon, 24, on Wednesday unseated the Liberal National Party member in the Gold Coast’s Gaven to become the second-youngest MP ever in state parliament.

The premier will not claim victory until the electoral commission has officially called the results, while opposition Leader Tim Nicholls is yet to concede defeat.

“Very clearly voters here on the Gold Coast wanted an energetic, enthusiastic change from the wall-to-wall LNP MPs who took this area and my community for granted,” Ms Scanlon told reporters.

“I know there’ll be a lot of new challenges, really looking forward to getting in there.”

ECQ hopes to have a final result by the end of the week, almost two weeks after the state election. On Wednesday night, the commission had officially called just 34 seats.

The tally in some seats will come down to the wire. In Maiwar, just 73 votes puts Greens ahead of Labor to oust Liberal National Party’s Scott Emerson. Michael Berkman would be the first Greens MP in state parliament.

With preferences, Labor was marginally trailing behind the LNP in Townsville on Wednesday night with 83.94 per cent counted.

“After 10 days of counting we finally have a result in the Burdekin,” Mr Last wrote on Facebook.

“A big thank you to all those people who have assisted and supported me throughout the campaign. Time to roll the sleeves up and get back to the saddle.”

With only about 1000 votes left to count, the state leader said Nick Dametto has ousted Liberal National Party’s Andrew Cripps.

“It’s been a six-year project for us to get another seat in parliament and we’ve done that.”

“I have not been re-elected as the Member for Hinchinbrook,” he said.

“I leave this role knowing that I served to the best of my ability and judgement, represented the Hinchinbrook electorate faithfully and was beholden to nobody in doing so.”

Mr Katter said the result meant the party had a “very strong mandate” to represent voters in the state’s far north.

“I think we’re the ones that can take the fight up to our southern cousins and ensure we get what’s fair for us,” he said.

Mr Katter said KAP was willing to work with whoever was in government and its door was always open.

“If they want to run the gauntlet and treat the rest of Queensland with contempt by saying, ‘We’ve got this arrogant attitude where we’re going to govern by one or two’ – No.1 that’s stupid, No.2  it’s disrespectful,” he said.

“If they can’t even be bothered contacting us and negotiating I think we’re off to a very bad start.”

Ms Palaszczuk ruled out forming government with the support of any of the minor parties or independents during the election campaign.

The KAP Members will likely be joined on the crossbench by Mr Berkman for the Greens, One Nation’s Steve Andrew from Mirani, and independent Sandy Bolton for Noosa.

A spokesperson for Ms Palaszczuk confirmed the premier would not declare victory until the final result is called, and declined to add further comment.

The ECQ did not respond to a request for comment.