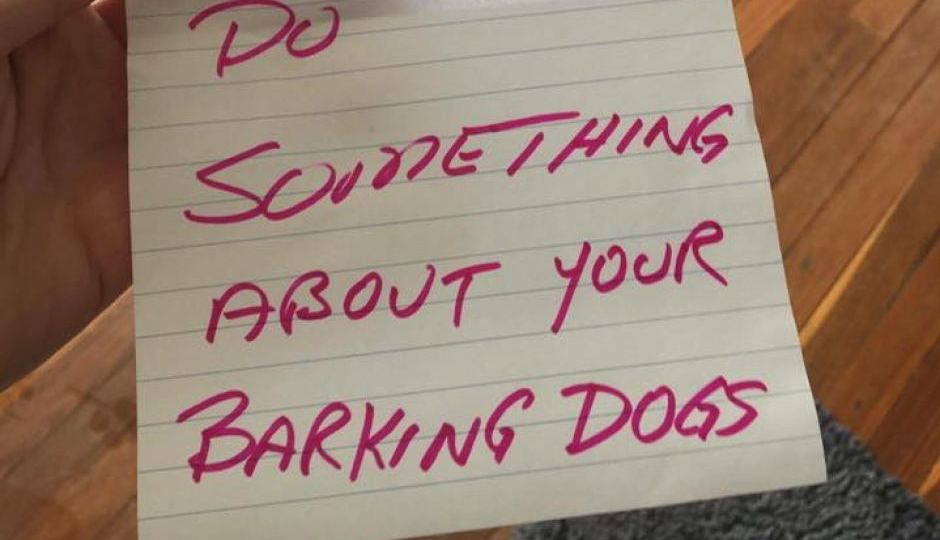 Barking dogs are one of Queensland’s pet hates, although most people are sheepish when it comes to tackling their neighbours about it face to face.

But an Ipswich entrepreneur has come up with a way to streamline the complaints process.

Local engineer Aaron Brand is developing a new website for reporting barking dogs, after winning a “Barkathon” staged by Ipswich City Council over the weekend.

The two-day event invited tech-savvy locals to present ideas, with up to $30,000 in product development funding on offer.

Mr Brand said his BarkUp! website would give locals a range of tools to address the issue within their own community, including helpful hints on how to approach their neighbours.

“If they’re too afraid to do that, they have an option to fill out a questionnaire that will generate an automated notification that will go to the neighbour anonymously,” he said. “The information of the questionnaire will also go to the Ipswich City Council and it will be registered as a formal complaint.”

It is one of the most common problems facing local governments across Australia.

“Traditional ways of addressing complaints can be resource intensive as they are treated on a case-by-case basis, and intervention can often result in inconsistent or short-term fixes,” Mr Ireland said.

In any given month, Ipswich Council receives up to 300 dog-related complaints, about 20 per cent of them about dog noise.

Through his own research, Mr Brand found reporting a nuisance dog was very much a social issue, with more than 60 per cent of people preferring to submit an online complaint anonymously rather than confront neighbours.

“I also found that there are more people out there tolerating nuisance dogs than there are people who would call the council,” he said.

“People are too afraid to talk to their neighbours – they don’t want to seem like the bad guy.

“The problem is, if they tolerate it for long enough they eventually reach a threshold, and so by the time they ring the council they’re angry.”

Mr Brand said he hoped to have the website up and running by the middle of next year, with plans to incorporate other features such as an automated diary format, where residents can record a neighbour’s dog barking through an app, which will also take note of time and place.

Once the site is fully developed, Mr Brand said he would approach other councils with the technology.