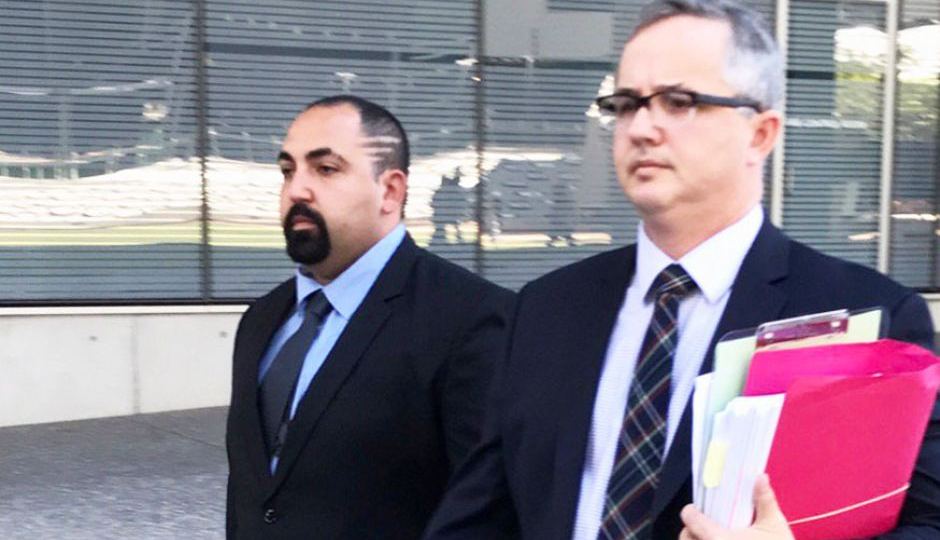 Rick Cataldo (left) could soon be out of jail. Photo: ABC

A Brisbane father whose baby daughter died after suffering horrific injuries has been sentenced to eight years in jail, but is eligible for parole and could soon be out of prison.

Rick Cataldo, 29, pleaded guilty to manslaughter in the Supreme Court in Brisbane and was today sentenced, after almost four years in custody.

He will be allowed out on parole if an application is successful.

A post-mortem examination found two-month-old Lily Rain Cataldo received multiple skull fractures, a brain injury, rib fractures and a twisted arm in the days leading up to her death in May 2012.

Prosecutor Carl Heaton told the court Cataldo, who was 24 at the time, inflicted the injuries that “ultimately led to the death of the child”.

The court heard the child’s mother, Michelle Catherine Leask, heard the baby scream and saw Cataldo whacking the child a number of times on the back.

The prosecution said Leask wanted to take Lily to hospital but was told by Cataldo it was “a selfish thing to do” because it was the birthday of another child.

After the incident, Leask, who was given a five-year wholly suspended jail term in April after pleading guilty to manslaughter, noticed changes in the child’s behaviour.

“She was more challenging to feed,” Mr Heaton said.

“She cried more than usual and didn’t like to be touched, especially on the head area.”

Nine days later, the baby died in hospital from head injuries, after Leask found the child limp in bed and unresponsive.

“She may have been able to survive the injuries with appropriate treatment,” Mr Heaton said.

There was no suggestion Leask played any role in causing the baby’s injuries, but she failed to seek medical attention for the child until it was too late.

The court previously heard Leask had been subjected to emotional and physical abuse.

At a court hearing in April, the baby’s mother was described by a judge as “profoundly remorseful”.

Leask’s defence barrister said she had “undertaken remarkable rehabilitation” since the incident, including undergoing regular counselling and studying a Bachelor of Applied Science to become a counsellor.

Cataldo’s defence barrister said his client suffered from severe anxiety and depression and felt “genuinely guilty and shame” over his daughter’s death.

The court also heard he abused alcohol and cannabis and must abstain from those substances upon his release.

Cataldo has already spent three years and almost 10 months in custody where the court heard he had been subject to threats and assault from other prisoners.