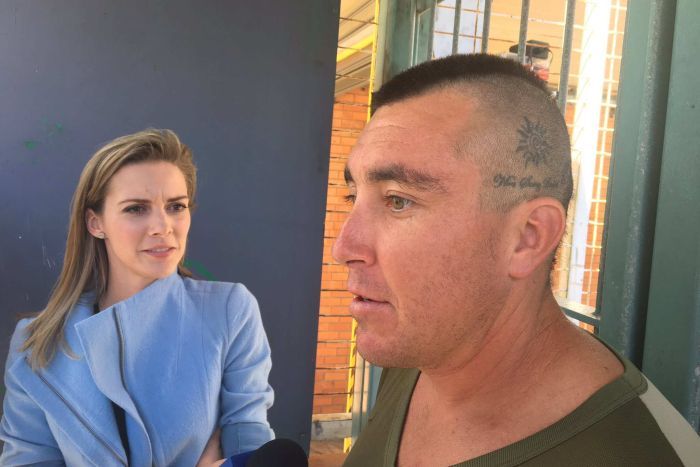 An aspiring rapper gorged himself on seafood and alcohol at a Gold Coast restaurant and then fled into the surf without paying his $621 bill, a Queensland court has heard.

The staff from Main Beach restaurant took off in hot pursuit.

Peck, who goes by the name 2pec, ran onto the beach and into the surf, and efforts to cajole him back to shore were unsuccessful.

Two police jumped on a lifeguard’s jet ski and arrested him in the ocean.

Peck was charged with stealing and two counts of serious assault of a police officer, and appeared in the Southport Magistrates Court today.

“Oh God! By himself?” she exclaimed when told how much the bill amounted to.

Peck was ordered to never return to the restaurant and was told he must reside at his Labrador address while the case is heard.

The seafood platter at the waterfront restaurant, which lost $621 in the alleged crime.

However, he may not care for another feed, describing the lobster mornays as “overcooked”.

“There was oyster shell in the oyster [shot] and he said he was going to take off the bill,” Peck said outside court.

“They should be apologising to me for the shell … [and] the overpriced food.”

Peck said he had only left the restaurant to help a friend who was he said was giving birth on the beach.

He said he was arrested before finding her.

The restaurant’s assistant manager Mark Hunnybun said their suspicions were raised when Peck continued ordering food and drinks after first arriving at 1:00pm on Sunday.

He allegedly did the runner when he learnt how much the bill was.

Staff from the restaurant chased Peck, but he jumped into the ocean.

The seafood restaurant worker refuted claims by Peck that the lobster was overcooked.

The court heard Peck allegedly committed the offences while on parole after being released from prison in February.

He was represented by duty lawyer Halley Robertson, who said her client had a problem with alcohol.

“Alcohol is an issue for him and it is something he needs to address,” she said..

The case will be heard again on May 4.