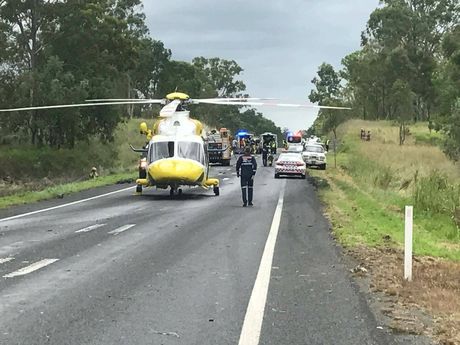 A one-year-old baby girl who was airlifted after a horror crash has died from her injuries. Photo: Clayton's Towing

A baby girl has died in hospital after a truck and car collision in Queensland.

Police said the car was driving north on the Bruce Highway near Gympie when it collided with a truck at about 11.20am on Sunday.

The 45-year-old male driver and a nine-year-old boy were declared dead at the scene.

Police closed the Bruce Highway in both directions while investigations continued, diverting traffic between Gympie and Maryborough via Tin Can Bay and Maryborough-Cooloola roads.

A one-year-old girl was rushed to the Lady Cilento Children’s Hospital by air ambulance in a critical condition, fighting for life. 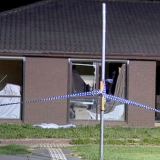 Werribee siege ends with discovery of body in house 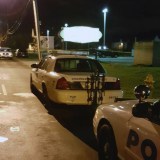 One dead, 15 hurt in US nightclub shooting

She was pronounced dead on Monday morning.

In a separate accident on Queensland roads on Sunday, a man died in a head-on collision between a bus and a car.

The 35-year-old driver died at the scene of the crash in Bilinga on Sunday morning, while a female passenger on the bus, 23, was taken to hospital for minor head injuries.

Police have urged drivers to slow down after a weekend filled with several fatal incidents across the country including six death on New South Wales roads.

“We’re imploring drivers today, as we do all the time, to watch your speed, think about what you’re doing and be prepared each time you go for a drive,” Traffic and Highway Patrol Assistant Commissioner Michael Corboy said on Sunday.

“The six people who are not with us have left families grieving in what… we suspect would be avoidable accidents and these fatal crashes will continue to happen if people don’t take the proper precautions.”

In NSW, a three-year-old girl died after she was hit by a truck in South Grafton on Sunday morning.

Two young people also died on Saturday night after their car crashed into a power pole and exploded in flames in Matraville in Sydney’s east.

The car was believed to have been driven by a P-plate driver and police are investigating the possibility as to whether it was speeding before the crash around 10.30pm, News Corp reported.

A 51-year-old man died at the scene of an accident on the Oxley Highway at Mt Seaview, 80km west of Port Macquarie, after a motorcycle crash around 2pm on Saturday.

Numerous others landed in hospital after other crashes on Saturday and Sunday.

The 31-year-old truck driver involved in the death of the three-year-old girl underwent mandatory testing, with police investigations ongoing.

Assistant Commissioner Corboy said police would investigate whether speed and alcohol were factors in the weekend’s fatal crashes.