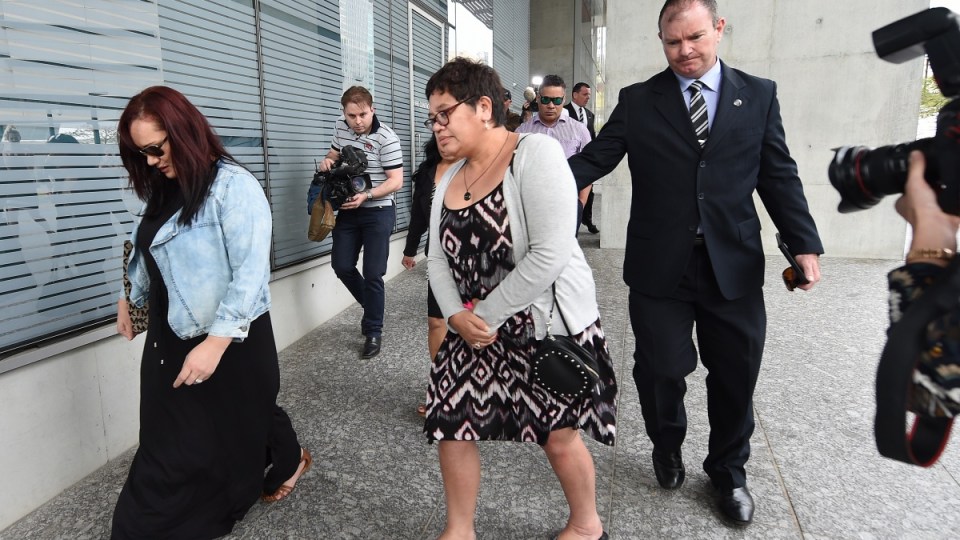 The family of Warriena Wright say they are still coming to terms with her death as Gable Tostee found not guilty. Photo: AAP

The grieving family of Warriena Wright has criticised the presiding judge for “disrespecting” their wishes by publicly releasing a disturbing audio recording of the last moments of her life, it has emerged.

Ms Wright’s mother, Merzabeth Tagpuno Wright, voiced her anger that the recording was released to the media during the hearing.

“I did not want to hear my daughter screaming ‘No, no, no, no, no’,” Ms Tagpuno Wright said in a statement made midway through trial, but only available to be published on Thursday.

Ms Tagpuno Wright said Justice John Byrne’s decision to release the audio of her daughter’s death to the public caused her and her family a great deal of stress and trauma.

Gable Tostee – who legally changed his name last year – was found not guilty of the murder or manslaughter of the New Zealand tourist. 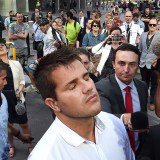 Why Gable Tostee showed no sympathy to Warriena Wright’s family 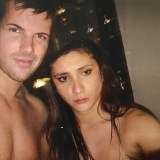 Ms Wright fell to her death from the balcony of Mr Tostee’s 14th-floor Gold Coast apartment after a night of drinking and sex in August 2014.

After four days of deliberations, the Brisbane Supreme Court jury rejected the Crown’s case that Mr Tostee had intimidated Ms Wright to the extent the 26-year-old was so terrified she was prompted to scale his balcony to escape.

The audio recording, made by Mr Tostee on his mobile phone, captured a struggle between the pair as well as Ms Wright’s eventual death and was a key piece of evidence in his trial.

“I asked not to release the audio tape yet I was overruled by the judge,” Ms Tagpuno Wright’s statement said. “I did not want to remember her like that.

“I feel my family has been disrespected by the judge’s ruling to release the audio tape to the media.”

Mr Tostee’s lawyer, Nick Dore, defended the release of the recording after the trial, telling Channel Ten’s The Project it ensured his client received a fair trial.

“Obviously luckily it was recorded. Otherwise if it wasn’t … no one would have believed what transpired that night,” Mr Dore said.

The decision to acquit Mr Tostee was not an easy one for the jury, which asked for numerous clarifications from Justice Byrne and at one point told him they felt unable to agree on a verdict.

When a verdict eventually arrived, the result was delayed after one juror almost caused a mistrial for posting about her involvement on Instagram.

The posts to her more than 2000 followers over several days specifically identified her as a juror on Mr Tostee’s murder trial and her thoughts about being part of the case.

The juror, who cannot be identified, did not discuss the evidence in the trial or the jury’s deliberations.

However, he did scold the woman juror after the verdict was delivered.

“This is a particularly disappointing feature of the events of the day but only one is responsible for it,” Justice Byrne said.

“That juror will discover when she accesses her Instagram account that many members of the public have commented on her decision to communicate with others during the course of the trial.”

It also emerged after the trial that Mr Tostee has dropped a $150,000 lawsuit against the Nine Network’s A Current Affair program.

Mr Tostee was suing the program and producer Stephanie Angus over what he alleged were defamatory comments broadcast on August 12, 2014 before he was charged with Ms Wright’s murder.

A Current Affair executive producer Grant Williams told AAP the case was no longer in court and that Mr Tostee agreed to make “a financial contribution” to the program’s costs.

Disease concern for survivors of Afghanistan earthquake
Steve Smith confirmed as starter for first Test against Sri Lanka
Matildas will be keen to forget 7-0 drubbing by Spain
Upcoming stats will reveal where and how hard rates are hitting economy
Victorian MPs pocket a tidy 2.75 per cent pay raise
Reserve Bank review isn’t a ‘get the governor’ exercise: Jim Chalmers
Gable Tostee found not guilty of balcony murder
Today's Stories