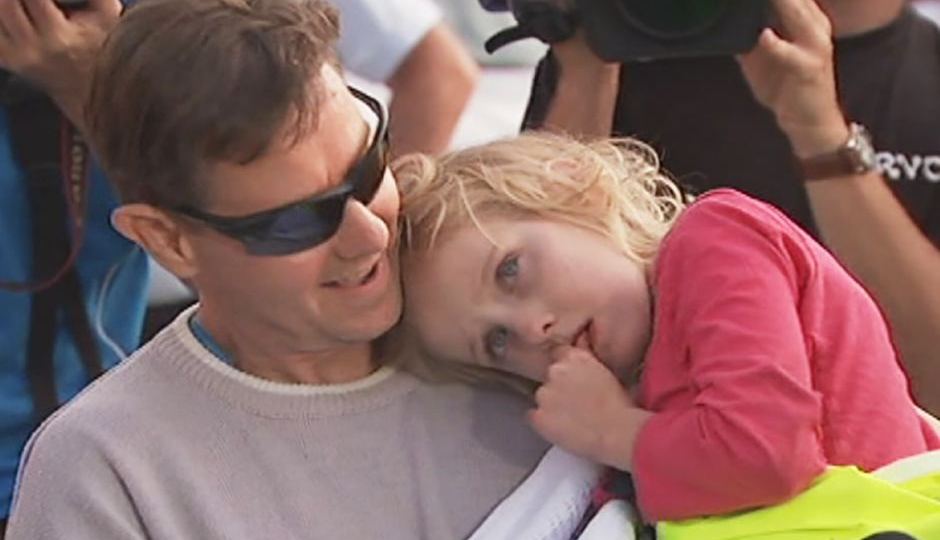 Steve Lewis held his daughter Jocelyn in his arms as he thanked everyone involved in the search. Photo: ABC

Five-year-old Queensland girl Jocelyn Lewis has been found almost 24 hours after running away from her parents.

Missing from the Gold Coast since Sunday, she’s been found safe and well after sparking a major search.

More than 150 police officers and SES volunteers searched for her through the night. By Monday morning, many locals had joined the search, as did players from the Gold Coast Suns AFL team, as their home ground at Carrara was near the area being searched.

Jocelyn’s father Steve thanked those involved with locating her.

He said she was found at Worongary after going missing from their home in Nerang.

“That’s why I’ve come out, to thank the community for everything they’ve done,” Mr Lewis said.

“I was getting very concerned it was going the other way. Thank you very much to everyone.

“We’re going to clean her up and get her a good meal.”

An Amber Alert was issued for the girl due to her age, and she was wearing only light clothing when she left her Nielsens Road home about 5pm on Sunday.

Acting Inspector Laurie Shevlin said she had a medical condition, which had raised fears she was unlikely to respond in the expected manner to anyone who found her.