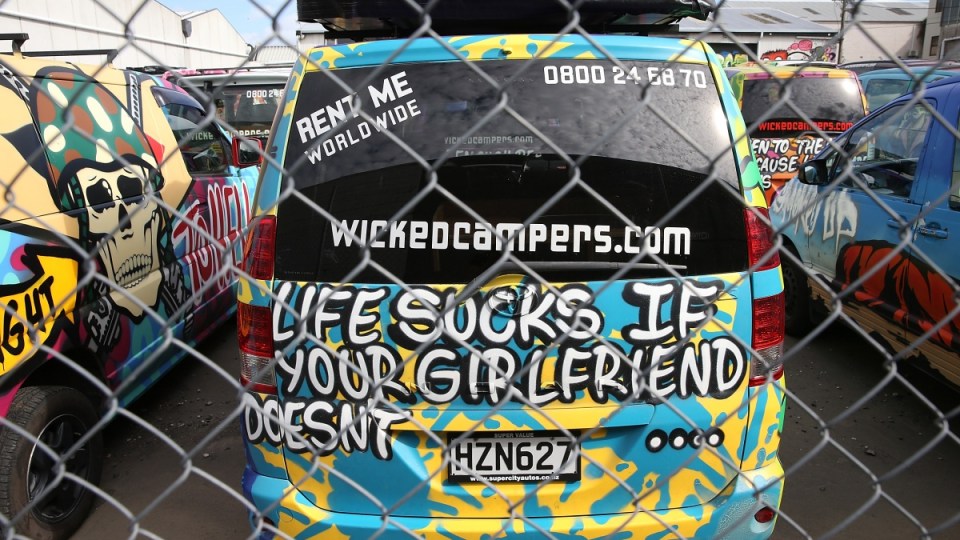 "Wicked Campers are a stain on our tourism industry, and our state." Photo: Getty

Queensland wants to ban vehicles with offensive slogans from its roads, in a move that targets businesses which thrive on the adverse publicity.

With a clear eye on Queensland-based company, Wicked Campers, Queensland Attorney-General Yvette D’Ath plans to amend laws to deregister commercial vehicles which do not comply with decisions made by the Advertising Standards Bureau.

She said when the bureau deemed slogans offensive, the typical response had been deafening silence.

But there are no penalties if they fail to comply.

In some cases, Wicked Campers modified or removed slogans; in others, it did not respond.

Ms D’Ath said for many owners, the offence and outrage caused was seen as free publicity.

“Now, if they refuse to remove the offensive slogans, their vehicles will be off the road,” she said.

Ms D’Ath believed the change would be a first for the nation.

“I understand clearly the level of community concern about the vulgar, crass and offensive slogans that have been displayed on some commercial vehicles.”

The RACQ’s Paul Turner said Wicker Campers had not only turned up its nose after rulings from the bureau but their slogans had become more vile and offensive.

“Wicked Campers are a stain on our tourism industry, and our state,” he said.

“They need to be removed, or cleaned up.

“This isn’t about people being prudes or wowsers, this is about offensive vans.”