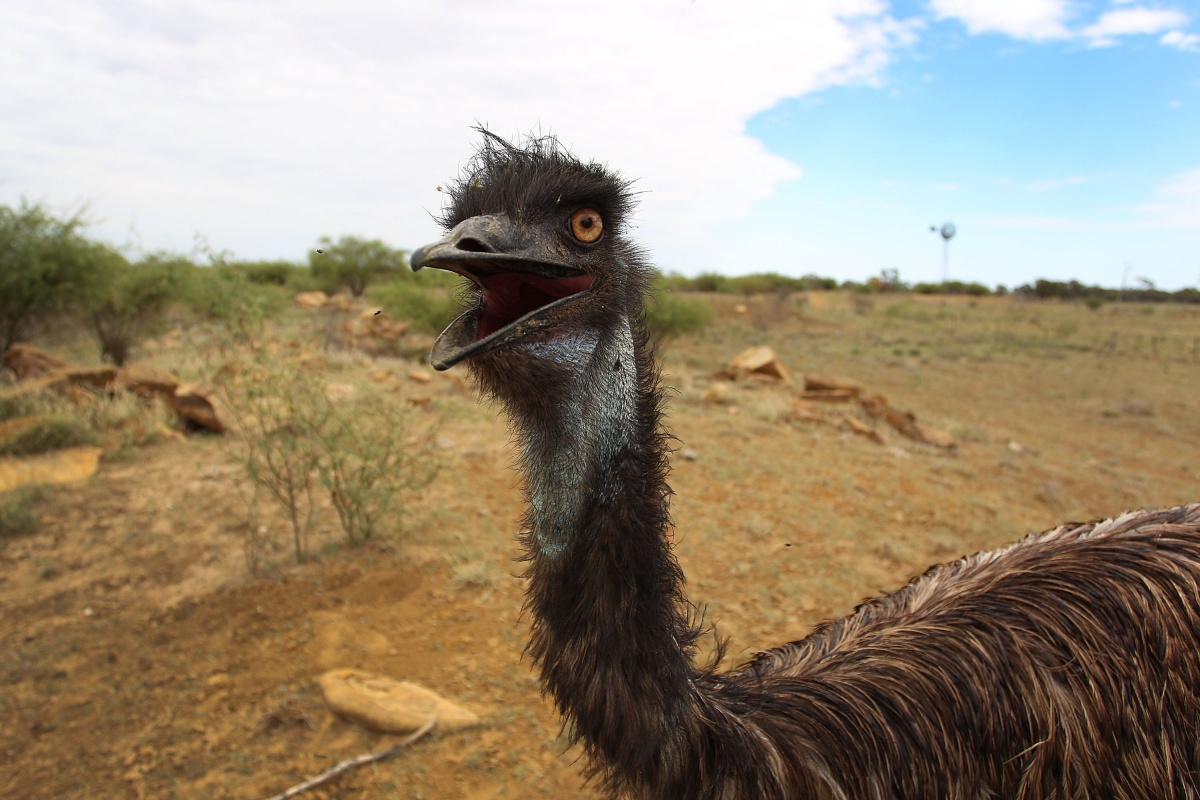 A runaway emu has been filmed running across Emerald’s main street, with the local council’s wranglers on the case to nab it.

Kristyl Pike uploaded the video to her Facebook page, drawing the attention of other locals who witnessed the bird streaking around the town, in Central Queensland.

“I can’t fly but I’m telling you, I can run the pants off a kangaroo,” she said of the bird on her Facebook page after seeing it go down Clermont Street.

“An emu just casually running up the main street.”

Juanita Joy also saw the bird, which has been named Eddie by the locals.

“I saw this guy heading to town from the highway the other day, he is pretty road smart for a bird,” she said.

The Central Highland Regional Council warned drivers to take care on the road, and “make sure your dog is on the lead”.

“Council officers and other emu wranglers are on the job to herd the big fella to safety,” a council spokesperson said.