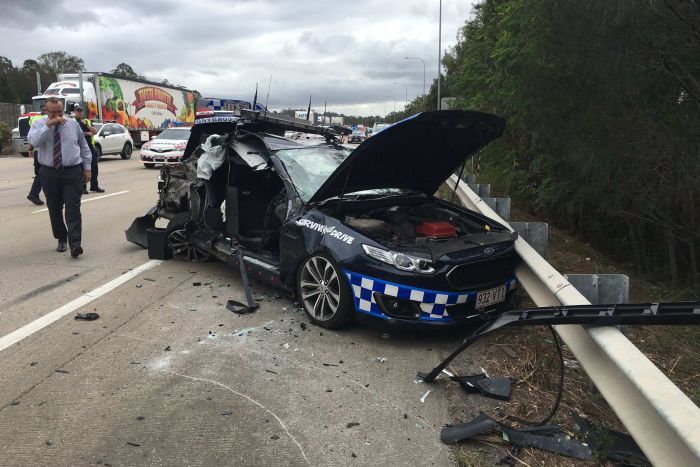 A Queensland police officer has been cut free from the wreckage of his highway patrol car after it collided with a truck on the Gold Coast.

The crash happened in the southbound lanes of the Pacific Motorway at Helensvale about 11:25am.

Queensland Ambulance Service said the three people involved in the crash have been taken to Gold Coast University Hospital and that no one was seriously injured as a result of the accident.

The Courier Mail reported that the police officers were thought to be sitting in the car parked by the side of the M1 when the truck veered out of its lane, clipped the police car and crushed it against the motorway barrier.

The impact caused the truck to tip on to its side and sent it sliding for a considerable distance down the motorway.

Traffic backed up as two lanes of the motorway remain closed.