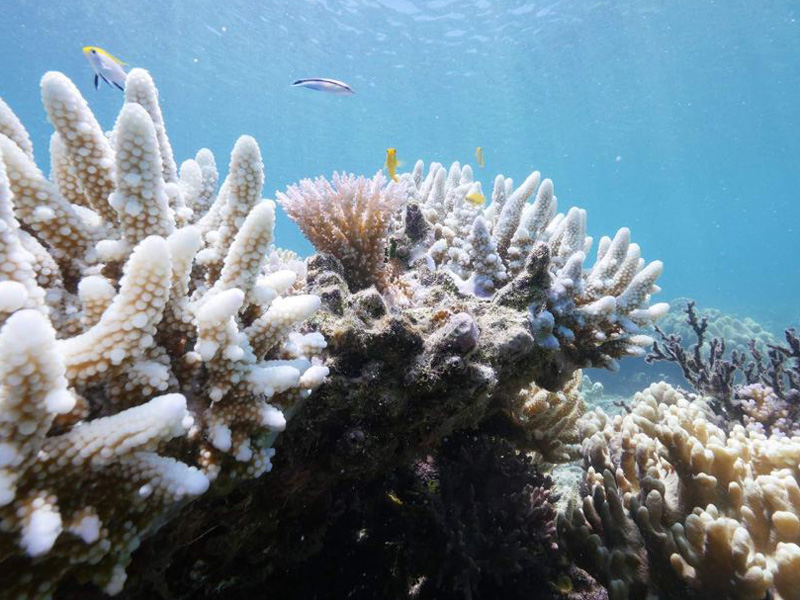 Rising temperatures have already resulted in a mass coral bleaching at the Great Barrier Reef.

The Queensland government has bought a massive Cape York cattle station in a bid to stem hundreds of thousands of tonnes of sediment pollution flowing into the Great Barrier Reef every year.

Environment groups and scientists are hailing the purchase of the 560 square kilometre Springvale Station as a huge victory for reef conservation. The fully operational cattle station south of Cooktown cost taxpayers $7 million.

“What the scientists tell us is that this one property is responsible for 40 per cent of the sediment running into the Normanby River system, and ultimately into the Great Barrier Reef,” Queensland Environment Minister Steven Miles said.

“If in remediating this single property we can almost halve the sediment running into the Normanby, we can make an enormous difference to the Great Barrier Reef.”

“Never before has a government bought land to protect the water quality of the Great Barrier Reef,” he said.

“Springvale is the biggest source of pollution in what is otherwise a pristine catchment.”

Gullies caused by generations of grazing on Springvale are channelling 500,000 tonnes of sediment into the reef every year.

The biggest threat to the northern section of the Great Barrier Reef is from coral bleaching caused by climate change.

The natural wonder is experiencing its most severe bleaching event on record, with an estimated 22 per cent of its coral, mostly in the northern sections, having died.

“We know reducing sediment gives coral a better chance of recovering from bleaching events like this one,” Dr Miles said.

Mr Heath added: “Sediment is mud… it clouds the water, preventing the reef from photosynthesising. Corals need light to survive and mud kills the light.”

“That area of the reef has been extensively coral bleached this year and if it has bad water quality the corals won’t come back, the corals will turn to slime.”

The Queensland government’s Water Science Taskforce recently warned that fine sediments were one of the greatest threats to water quality in the Great Barrier Reef.

Dr Miles is not ruling out further property purchases as part of reef conservation efforts.

“What we do want to do is look across the entire reef and particularly where we know sediment is the main problem and see where there are other properties like this that have a disproportionate effect,” he said.

“It might be some of those we purchase and remediate.”