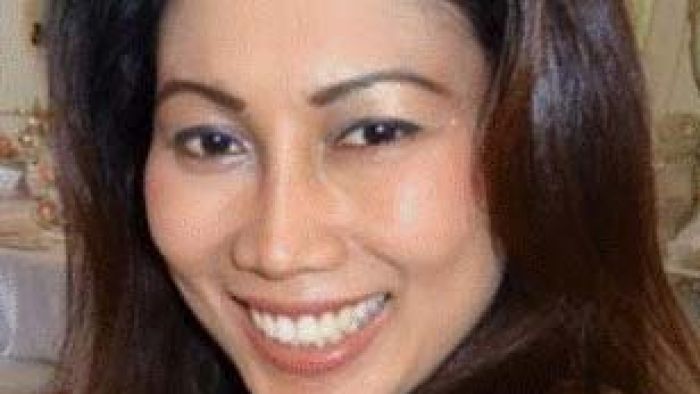 Gold Coast businessman John William Chardon has faced court charged with the murder of his wife, Novy, more than three years after her disappearance.

Chardon, 68, was driven to the Brisbane police watch house in an unmarked car on Friday morning.

Mr Chardon’s lawyer, Craig Newport, told media outside the court that the Gold Coast businessman was not surprised by the charges.

“He’ll be defending the charge,” he added.

Ms Chardon, originally from Indonesia, was 34 when she disappeared in February 2013. Her disappearance sparked a police investigation which took more than three years until Mr Chardon’s arrest.

Mr Chardon went to Indonesia “on business” days after her disappearance and was immediately considered a suspect.

He was interviewed by police several times but was never charged.

Mr Chardon fronted the Brisbane Magistrates Court charged with one count of murder and was remanded in custody, with the matter to return to court on August 29.

4 – Police excavate a driveway at a Mt Nathan property in the Gold Coast hinterland, looking for parts of a car.
6 – Parts of a white ute are found, the same vehicle seen near Novy’s 4WD.
13 – Police offer a $240,000 reward for information which could lead to a conviction.

28 – Investigators search a hinterland property in Advancetown but leave empty-handed.