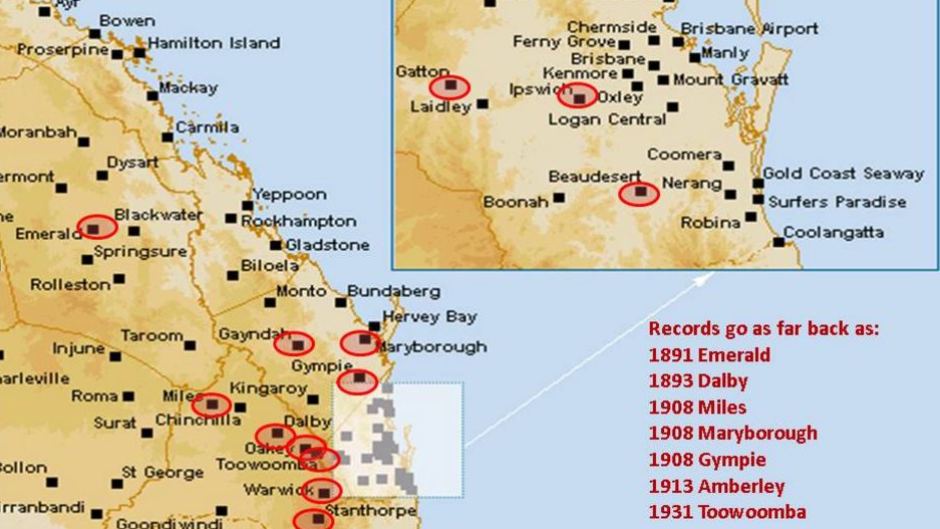 It’s winter but it sure doesn’t feel like it in southern Queensland where numerous heat records have been smashed.

Several towns experienced their hottest ever June day on Thursday as a warm dry air mass pushed up temperatures.

The heat records, some more than 100 years old, tumbled after the state experienced its warmest ever Autumn.

Toowoomba, Maroochydore, Gympie, Oakey and Dalby were among the towns which experienced their hottest June day.

Oakey smashed its record by 2C, with the mercury rising to 29.7C.

Further north in Emerald the temperature hit 31.9C, which was 0.2C higher than the previous record set in 1891.

The Bureau of Meteorology’s Andrew Bufalino said the temperatures were unseasonably warm.

“There is a warm air mass ahead of a trough pushing through Queensland and that warm dry air mass is basically increasing the maximums,” the meteorologist told AAP.

However, temperatures across southern Queensland are expected to cool on Friday.