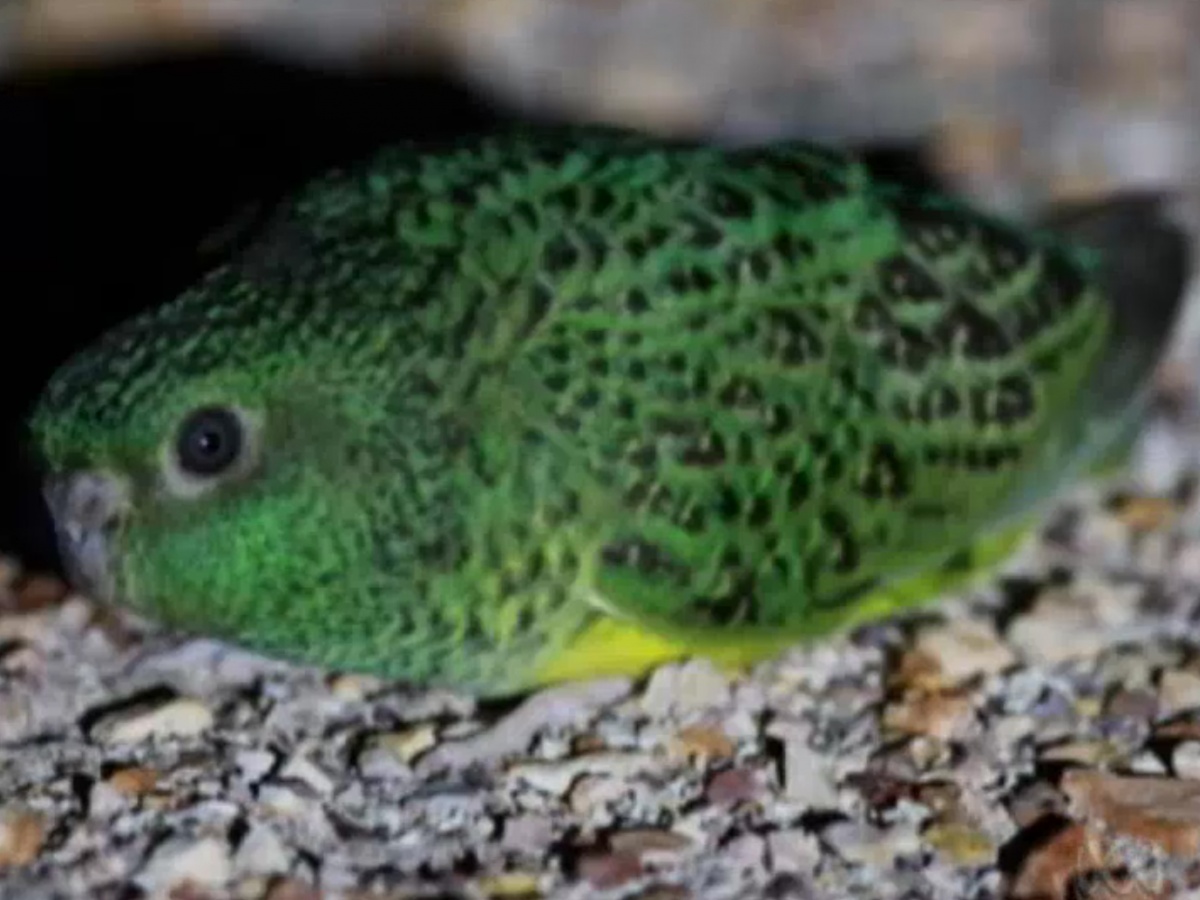 A rare Queensland parrot once thought extinct will be protected under new laws with an exclusion zone to keep bird watchers and poachers away.

The night parrot was considered extinct for more than 75 years but in 2013 it was rediscovered at a site that was kept secret, known as Pullen Pullen nature reserve in central western Queensland.

However, the state government is concerned the location of the reserve has been compromised.

By enforcing an exclusion zone, heavy penalties can be served on anyone encroaching into the nature reserve without authorisation.

The area will be monitored by the same technology used to police poaching in Africa.

Researcher Steve Murphy said he and his partner Rachel Barr recently captured a chance encounter with a night parrot on camera and the rare bird’s response might offer some insight into why it has become endangered.

“Remarkably it just froze, absolutely froze and allowed us to get within a metre or two of it,” Dr Murphy said.

“If it’s faced with a threat it’s likely it just freezes and hopes that it’s not detected.”

He said they also found a night parrot nesting site.

“It was a really special moment because what it really told us was these birds are out there doing their bit to pull themselves back from the brink of extinction.”

But a week later, they discovered the nest had been plundered.

“Over the next six days we watched that nest at night from a long distance using night vision,” he said.

“We were able to see those birds come and go and we recorded sound and we gathered a heap of information.

“On the sixth day, we’d organised some tiny little video cameras to be shipped from Brisbane and we went into that nest one evening to install those cameras and that’s when we discovered that the eggs had been eaten.”

However, Dr Murphy said they had gathered a lot of critical information about the parrot.

“This new information is absolutely vital for looking after these species,” he said.

“Without knowing that it’s going into the floodplains or flying 40 kilometres at night, we simply can’t manage the landscapes it lives in.”

“We’re very concerned that the disclosure of the location of the night parrot will lead to poachers and that’s why we’ve taken this somewhat unprecedented step,” he said.

“It’s the first time the nature conservation laws have every been used in this way but such is the level of concern amongst our parks rangers, amongst the scientists that are working on this project, that we’ve taken this step.

“For an animal as rare as the night parrot, poaching and disturbance are two of the greatest threats and we’re working to keep it secure in the wild.

“The Queensland Government is working with Bush Heritage Australia and a scientific committee to conserve this bird and its habitat, and all agree that an interim conservation order (ICO) is needed.

“The ICO means people without authority going onto the land would risk a $353,400 fine or two years’ imprisonment.”