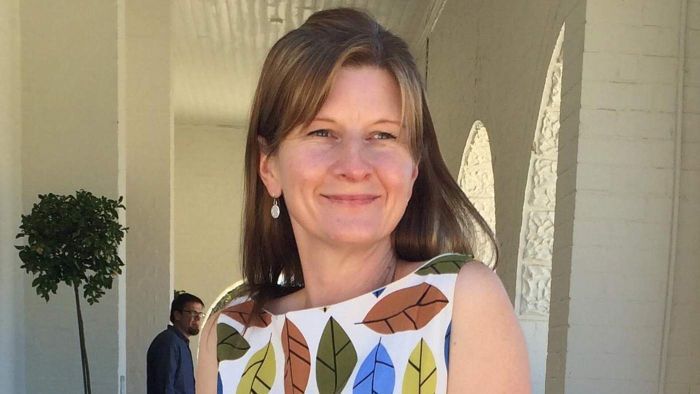 The New Zealand-based parents of a NSW woman believed taken by a crocodile in the Daintree National Park plan to travel to Queensland as authorities continue the search for any sign of her.

Cindy Waldron, 46, is feared dead after she went for a late-night dip with a friend at Thornton Beach on Sunday night and was dragged under the water.

As police and SES crews completed a second day of searching on Tuesday, Pat and Heather Waldron conceded there was little they could do to help.

“We need to be there on the ground to show that we are there, that we care,” Mr Waldron told the NZ Herald from their Tauranga home.

“Our darling girl is gone.”

Heavy rain has been hampering the efforts of search crews.

Ms Waldron, a photographer, had been living in rural NSW.

On a website for her business Instinctive Images, she recalled developing a love of photography during her teenage years.

“All the hours of photography and digital imaging are worth it when I present the newly-wed couples, first time parents & extended families with their crafted images,” she wrote.

“The looks on their faces tell me that they will be family treasures for years to come.”

Those who knew her work paid tribute to Ms Waldron’s talent.

“Your smile and enthusiasm was contagious,” one customer wrote on Facebook.

Ms Waldron’s friend, Leeann Mitchell, tried in vain to drag her to safety during the attack and has been left deeply traumatised.

The two had reportedly gone on holiday to celebrate the end of Ms Mitchell’s cancer treatment.

The incident, which took place in an area well known for crocodiles, has reignited debate about how best to manage public safety risks.

But fellow north Queensland federal MP Warren Entsch says tourists are repeatedly warned about the dangers crocs pose, and people must take responsibility for their own actions.

A 2014 survey of a stretch of the Daintree River found there were 20 crocodiles present, while a 2016 survey of a different stretch observed only six.

The results should not be compared because the studies were conducted for management rather than population-measuring purposes, a spokeswoman said.

Leading crocodile expert Professor Graham Webb countered Mr Katter’s assertions that croc numbers were out of control and rejected the MP’s claims that crocs have flourished because their predators have dwindled and the ecosystem is out of kilter.

“There’s no real evidence for it,” he told the ABC.

“People fabricate this type of stuff.”