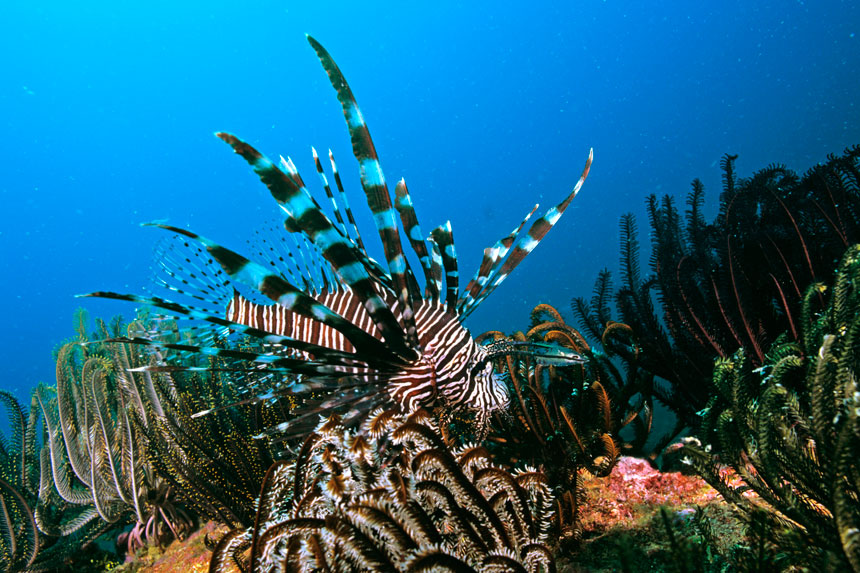 While the beer in his hand was definitely a contributing factor to his broad grin, it was the cause behind the beer that left him beaming.

The environmentally conscious beer lover is the founder of a social enterprise beer company called The Good Beer Co.

“We are a social enterprise and put really simply, that means we exist to raise money for charity.

“The Australian Marine Conservation Society is the charity partner for Great Barrier Beer, so they will get at least 50 per cent of the profits from it.”

Nearly 200 people interested in finding out how beer consumption could potentially benefit the reef attended an event in Airlie Beach on Friday.

Australian Marine Conservation Society campaigner Cherry Muddle, who helped organise the event, said the society had a 50-year legacy of protecting the reef.

“These profits will go towards campaigns that we run to raise awareness both locally, nationally and internationally about how beautiful the reef is, but how it is also under threat as well,” Ms Muddle said.

She said global warming was the greatest threat to the Great Barrier Reef.

“Ninety-three per cent of the reef was affected and scientists are now predicting 50 per cent will die.

Hoping to prevent future impacts on the reef, Ms Muddle continues to work with local communities to raise awareness about potential threats.

“The only way we have created change in the past is through people power,” she said.

“If we have enough people power, we can pressure our decision-makers to implement policies that will protect the reef in the long term.

“We’ve seen that. Last year they tabled laws, both state and federal, to ban capital dredge spoil dumping in the reef, and this was largely due to everyone who got behind the campaign to protect the reef.

“It would be amazing if everybody could get onboard. Even if they don’t drink beer, there is a role for everybody to play in this community.”

Ms Muddle said Australians were privileged to be the custodians and guardians of the Great Barrier Reef.

“Right now it’s facing massive threats, so the time has come to step up and do every little bit, because it is our most beautiful, precious asset and we can’t afford to lose it,” she said.

More than 20 tourism operators and local businesses have signed up to stock Great Barrier Beer.

How beer could help save the Great Barrier Reef