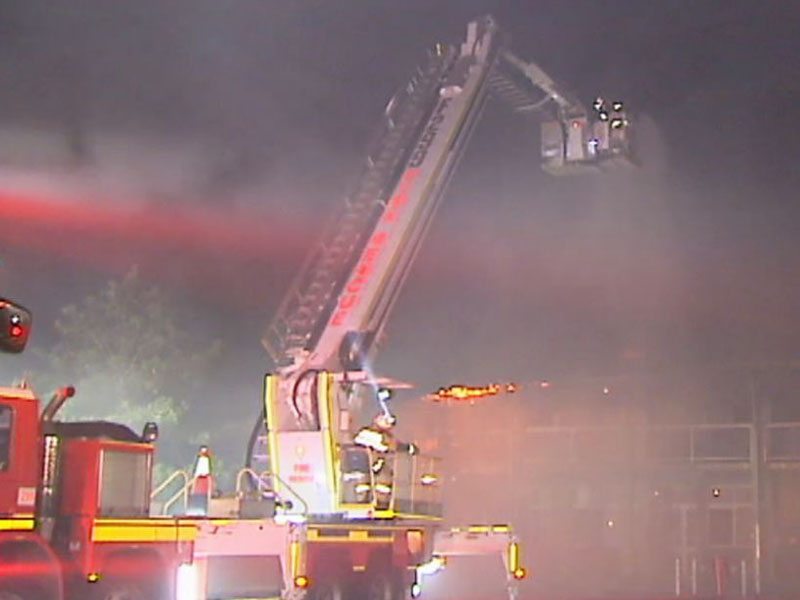 A fire that caused extensive damage to a building at a Gold Coast private school is believed to have been deliberately lit.

Police have established a crime scene at St Andrew’s Lutheran College at Tallebudgera, after fire gutted a theatre building.

The multi-level building is still smouldering on Tuesday morning.

Firefighters were called to the school after 11pm Monday night and a number of units, including a cherry picker, took some several hours to get the blaze under control.

“We had about 25 fire officers as well as our hydraulic platform there to extinguish it,” he said.

“We were there for about six hours. We managed to compartmentalise some of the classrooms but the major auditorium and the music room were completely destroyed.”

Police have declared the area a crime scene and are treating the blaze as suspicious.

“There were multiple fire appliances and police and ambulance at the scene although at this stage no-one’s been injured.”

He said it was devastating to see the building destroyed.

“It looks like our theatre, our home economics facilities and our music facilities have been extensively damaged,” Mr Kotzur said.

“I know that everyone will really rally around.

“Junior school and middle school it’s business as usual, but our senior school — so 10, 11 and 12 — we’ve cancelled classes for today.”

He said the school was making arrangements to minimise disruption to the teaching and learning, and that parents would be informed as soon as possible.

It is understood the gutted building contained the locker area for senior students as well as the school’s Ruth Butler Theatre.