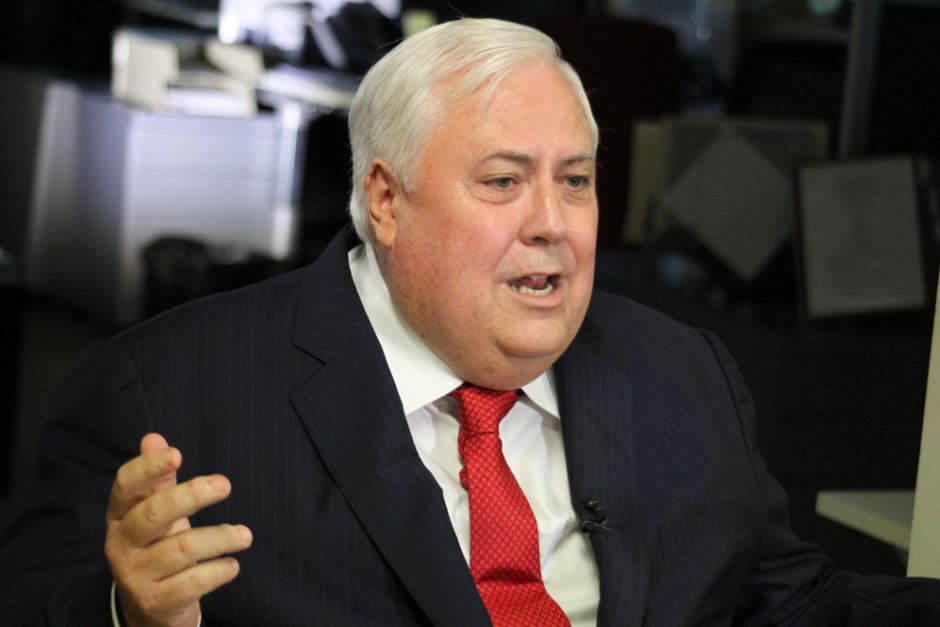 Clive Palmer reckons he’s got a fighting chance of retaining his Queensland electorate of Fairfax, despite opinion polls showing his support has plummeted to low single figures.

The mining magnate turned politician says he plans to stand again, unless he loses endorsement, in which case he will consider standing for the Senate.

“Polling last time had me at 0.1 per cent in Fairfax and I got 50.3 per cent in the end. Now I’m polling two per cent – that’s 20 times higher,” he told reporters in Canberra.

Mr Palmer, who has been weathering the fallout from the failure of Townsville-based Queensland Nickel, said he didn’t pay any attention to polls.

He said his Palmer United Party still had more than 10,000 members nationally, with 140 candidates seeking endorsement for House of Representatives seats and more to come.

Some 12-14 per cent of Australians would not vote Green, Liberal-National or Labor and wanted to vote for someone else.

“At the last election we were the most successful party of that group in Australia at attracting votes,” he said.

Mr Palmer said some of those elected under his banner in 2013, including Senators Jacqui Lambie and Glen Lazarus, could face difficulty being re-elected.

In a briefing to reporters, he denied acting as a shadow director of Queensland Nickel, that he removed funds to cover PUP’s 2013 election campaign or that the company was insolvent last year.

He said nickel prices had been manipulated, with large quantifies purchased at very low prices, whereupon the price rose.

“Two-thirds of the world’s nickel goes to China. It’s difficult to see how Australia can compete with that. We adhere to all our trade agreements but the other side doesn’t,” he said.

Mr Palmer said he will commission another audit after a damning report into his beleaguered Townsville nickel refinery.

He said he wanted to “set the record straight” about the events leading up to the company going into administration.

Hundreds of workers were sacked from the plant and it remains unclear if, or when, it will reopen.

Mr Palmer said he wanted a second opinion about how the refinery was run.

“We have commissioned PwC to complete and issue an independent report into Queensland Nickel Proprietary Limited insolvency, up until the appointment of an administrator,” he said.

“We will release such a report at the end of May 2016 when it is completed.”

Clive Palmer says he’s in with a chance at election