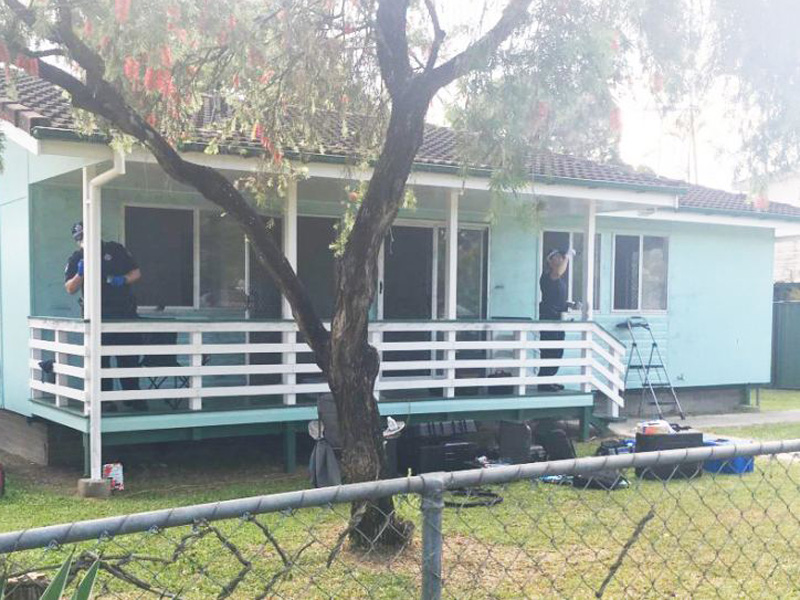 Police are searching a vacant home in Logan, south of Brisbane, as part of their murder investigation into the death of schoolgirl Tiahleigh Palmer.

The remains of the 12-year-old were found on the banks of a Gold Coast river in early November.

Tiahleigh had been missing for days and was last seen being dropped off by her carer near her school in Marsden, south of Brisbane.

Her school uniform and bag have not been found.

Detective Superintendent Dave Hutchinson said the search was part of their ongoing investigation but that police would not be “commenting further at this stage”.

Fingerprint dust was seen covering most of the front of the Waterford West home where police officers spent the afternoon.

The house was recently vacated, with a former tenant arriving to watch forensic officers examine the scene.

The man said he was surprised to see police at the house.

Nicole Clarke lives next door to the Waterford West house, which is one kilometre from Tiahleigh’s school.

Ms Clarke said she was friends with Tiahleigh’s mother Cindy when they were children.

She said police told her they were just following leads.

“I’m just sick to the stomach,” she said.

Despite a major police investigation, and hundreds of calls to Crime Stoppers, no-one has been charged over the schoolgirl’s death.

Police have also been scouring dashcam footage recorded in the seven days prior to Tiahleigh’s body being found from around the bridge that crosses the Pimpama River.