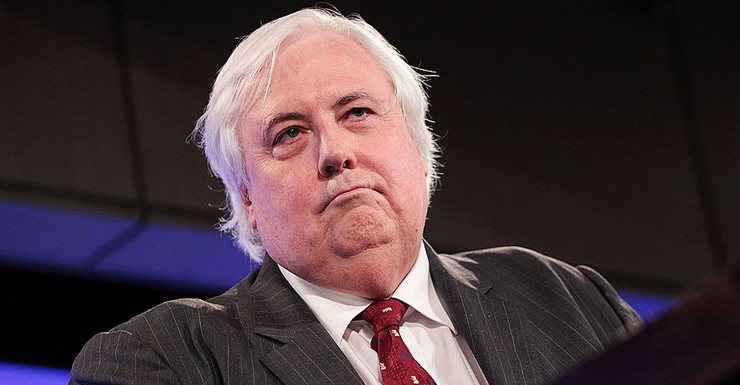 Millions of litres of contaminated water are seeping from a massive dam at Clive Palmer’s north Queensland nickel refinery every day.

The seepage of more than 4 million litres of water is collected in a series of trenches and dams before being pumped back into the unlined tailings dam.

The Department of Environment is understood to be grappling with the ongoing seepage.

During an inspection by Department of Environment officials earlier this week at least one pump for returning the seepage back into the tailings dam was found not to be working.

The ABC can also reveal that water sampling at the refinery has revealed elevated ammonia levels in two creeks within the site’s boundary.

The refinery sits north of Townsville near Halifax Bay, which is part of the Great Barrier Reef Marine Park and World Heritage Area.

The Department of Environment will investigate the discovery of ammonia levels in excess of the company’s environmental authority in two samples taken by the operator of the refinery, Queensland Nickel Sales (QNS)

The elevated ammonia levels were in Alick and Blind creeks.

QNS reported the findings to the Department of Environment on Wednesday.

Ammonia is one of the contaminants created at the refinery and is stored in the tailings dam.

Queensland Environment Minister Steven Miles said the department would investigate the water quality issue as a matter of course.

“We’re not yet in a position to confirm the extent of any contamination or, if it did occur, where from the refinery the contamination may have come,” he said.

“When EHP has the sampling results and the Queensland Nickel Sales investigation report has been submitted, the department can determine if any compliance and enforcement responses are required.”

The department this week took its own water samples during an inspection of the refinery and is expected to get the results next week.

Possible action against the refinery operator could be taken once QNS submits an investigation report and after the results of department’s samples are known.