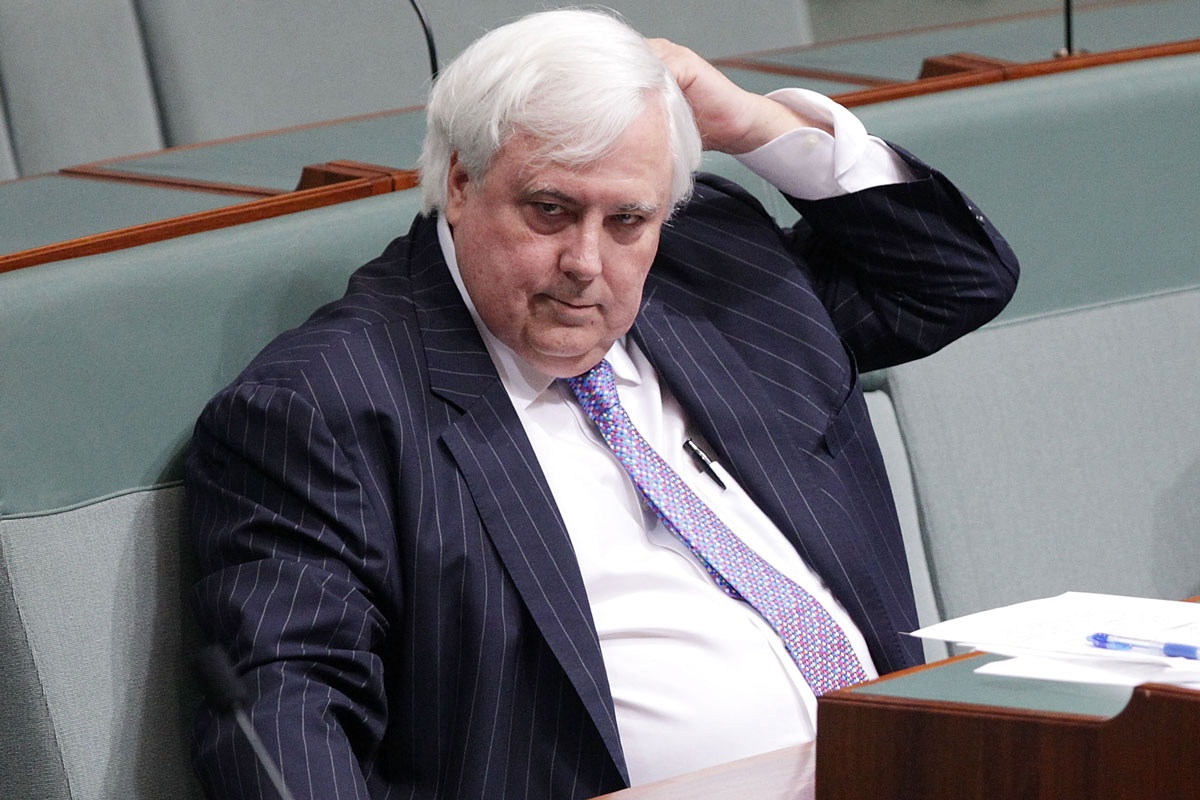 Clive Palmer's massive ad campaign has made him a force once more. Photo: Getty

Federal MP Clive Palmer has not given any guarantees about the future of 550 employees at his north Queensland nickel refinery, saying it could be two months before there is enough ore on the ground for the plant to operate.

A Palmer-owned company, Queensland Nickel Sales (QNS), took over as manager of the Yabulu refinery a week ago after former manager Queensland Nickel — another of Mr Palmer’s businesses — went into voluntary administration and sacked more than 200 workers back in January.

The plant’s remaining 550 workers finished what could have been their last day on Friday, after Mr Palmer failed to give any indication whether their jobs were safe following the transfer of the Environmental Authority needed to keep the plant running.

Speaking on the ABC’s Insiders program, Mr Palmer said even if all approvals were granted by the State Government, the plant would not have any ore to process for at least two months.

“We have to have ore, as I said the administrator cancelled the ore to the refinery,” he said.

“So it’ll take at least eight weeks to get ore on the ground where the refinery could operate.

“In that time we’ve got to work hard to see if the Government really wants us to be in Queensland.

“If they don’t want us to be there I won’t be putting more tens of millions of dollars and make that available just to lose that money.”

Mr Palmer said QNS had applied for and were waiting on 18 approvals required to legally run the plant to be transferred over from the previous owners.

“The major approval we need to operate a hazard facility hasn’t been granted by the Queensland Government, and of course you have to have all the approvals or you’re breaching the law,” he said.

“That’s the reality of it. The directors of the company, which is not me, can’t operate that refinery unless they’ve got the approvals to do it.”

The state’s Environment Minister, Steven Miles, has previously said the licence transfer process of a major hazards licence was “not an impediment to rehiring the 550 staff at the refinery”.