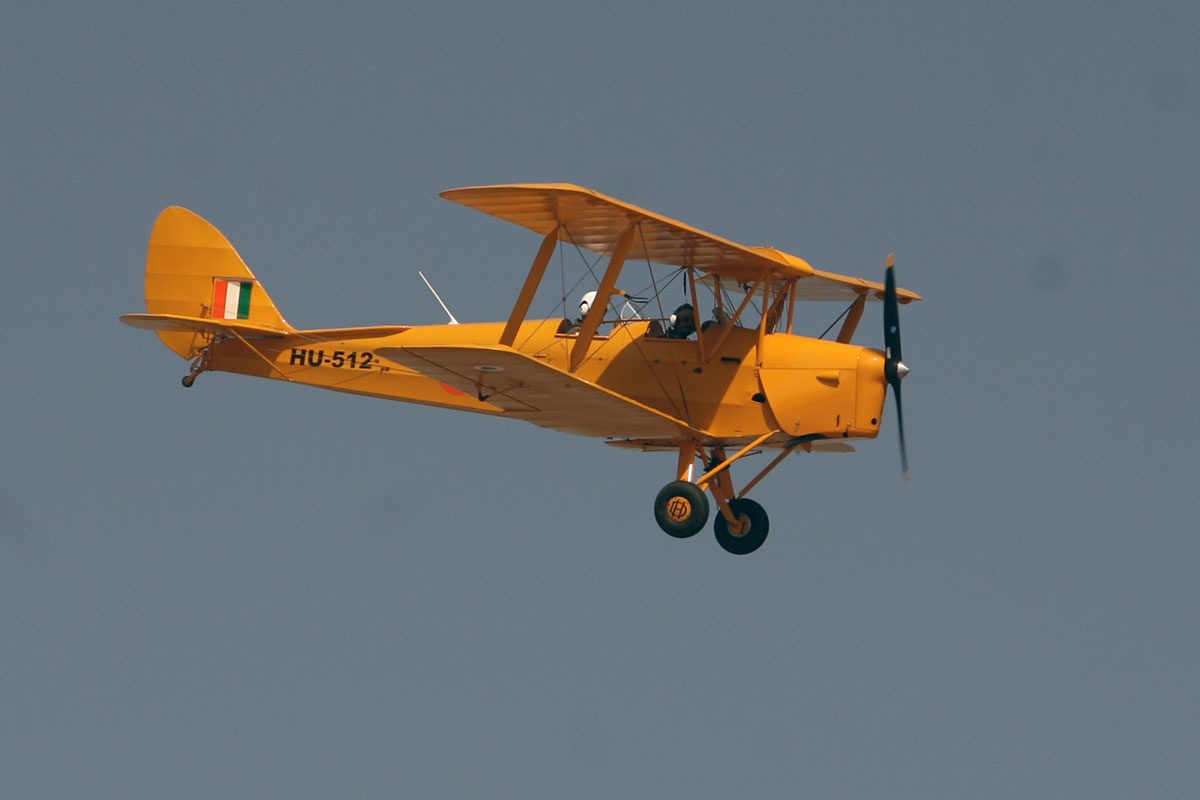 A joy flight has turned to disaster on the Gold Coast, with a vintage Tiger Moth plane crash killing a sightseer.

The biplane came down in bushland shortly after take off from an airstrip at Norwell, near Pimpama, on Monday morning.

A 58-year-old man from NSW was pronounced dead at the scene.

It is believed the man’s daughter saw the crash unfold from an aircraft hanger.

The 21-year-old pilot, who called triple zero from the wreckage, was trapped in the mangled upside-down plane for more than 30 minutes.

“The aircraft had landed in a tall grass area close to a tree line, the patient was entrapped by legs and hanging outside the aircraft,” a Queensland Ambulance spokeswoman said.

He suffered suspected spinal injuries, as well as head and facial injuries, and was airlifted to Brisbane’s Princess Alexandra Hospital.

In December 2013, a French female tourist and pilot Alexander ‘Jimmy’ Rae died when their Tiger Moth crashed into water off South Stradbroke Island after also taking off from the Norwell airstrip.

An Australian Transport Safety Bureau report found rods joining the wings to the plane were faulty.

Police could not confirm whether the latest crash was linked to the same business.

“I know that the plane does some joy flights – I’m not sure if this was a paid-for joy flight or something else,” Senior Sergeant Greg Brake told ABC News.