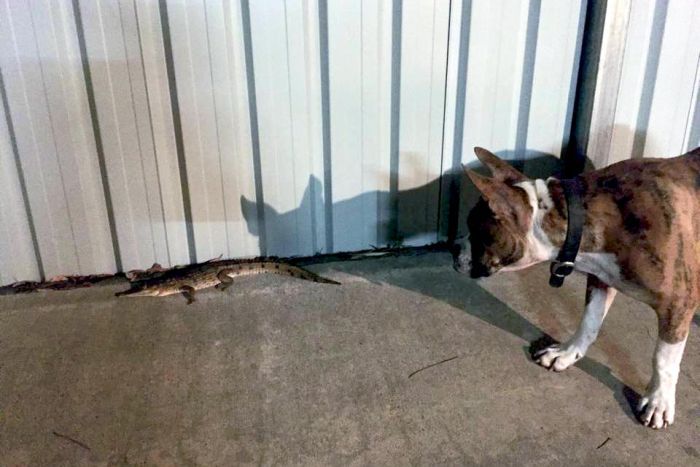 A dog barking in the dead of the night alerted a woman to a baby freshwater crocodile that had wandered into her suburban backyard in Palmerston near Darwin.

“I thought someone was playing a joke on me,” Kate Seidel told 105.7 ABC Darwin.

“I had a good look around to make sure no-one was looking over the fence.

“I gave it a bit of a nudge with a broom to make sure it was alive and not a plastic one.”

Ms Seidel had been woken at 3:30am on Monday after her dog Tigg cornered the 40-50cm toothy reptile against the fence and sounded the alert.

She then rang police who asked if she had just gotten home.

“They probably thought I was having a big night and seeing things,” Ms Seidel said.

Police contacted a ranger who removed the crocodile.

“They returned it to wherever freshies go around Palmerston,” Duty Superintendent Del Jones said.