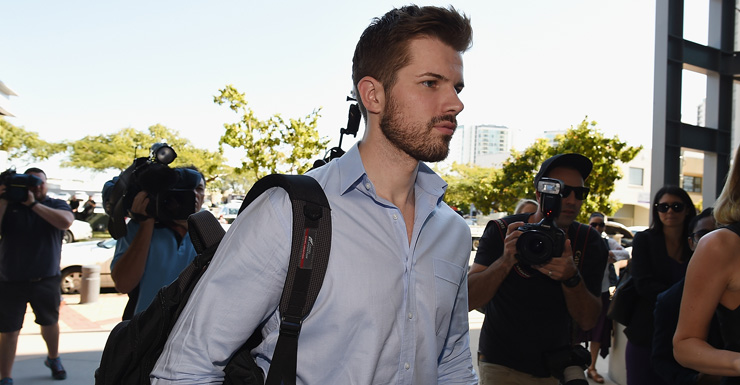 The case against accused murderer Gable Tostee will be adjourned so the prosecution can secure the signatures of more than 30 witnesses.

Tostee, 29, stands accused of murdering New Zealand tourist Warriena Wright, 26, who fell to her death from the balcony of Tostee’s Gold Coast apartment after the pair met on dating app Tinder in August last year.

He appeared in the Southport Magistrates Court on Wednesday for what was to be a committal hearing, however the prosecution tendered a list of 30 witnesses from his building who have provided statements electronically.

Magistrate Christopher Callaghan pointed out they needed to be in physical form to bear a signature.

Tostee was granted bail on the condition he lived with his parents, refrained from using online dating sites and received treatment for a diagnosed alcohol problem.

Outside court, Tostee’s lawyer Nick Dore declined to say how his client would plead.

“At this stage it would probably too early to say – let’s just wait to 15 October,” he said.