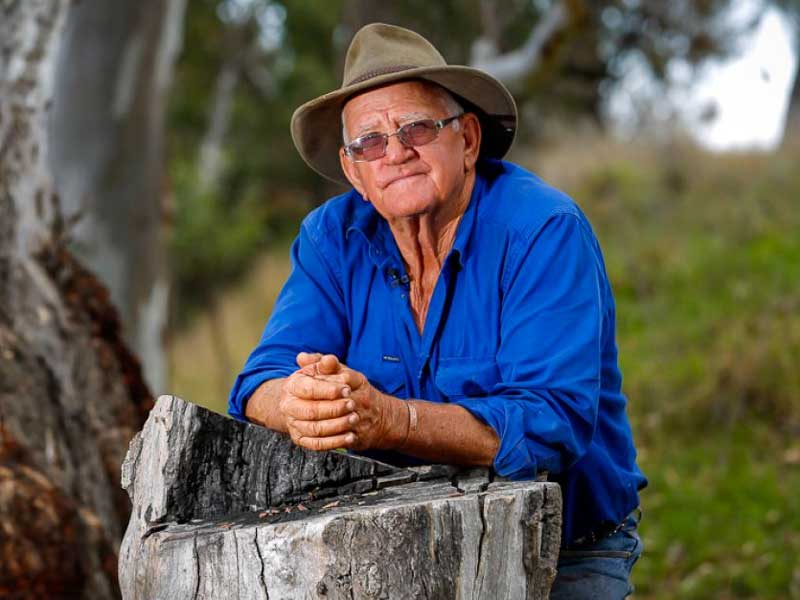 Queensland authorities fear a series of ponds containing heavy metals and cyanide could overflow from an abandoned mining site and spill into a nearby river in the Murray-Darling Basin.

An internal government document obtained by the ABC warns that as little as 40 millimetres of rain could cause a discharge from the silver mine near Texas on the Queensland-New South Wales border.

“Discharge water from the site would flow about seven kilometres through small drainage lines to the Dumaresq River,” the document stated.

“Well that’s frightening because that’s only a storm,” sheep farmer Ron Morris, whose property is just eight kilometres downstream from the mine, said.

“We’re coming into the storm season from now until Christmas time. It only takes one storm to flood the creeks up there at the mine.”

The Queensland Environment Department last month sent inspectors to the mine to check on four storage ponds on the site.

They identified “significant management issues associated with acid mine drainage and insufficient contaminated mine water storage capacity to cater for wet season inflows”.

The department has told the ABC that testing had identified elevated levels of heavy metals in the water stored at the site, including copper, iron, manganese, zinc and nickel.

It said that while cyanide was detected in samples, they were less than “the level for release to surface waters cited in the International Cyanide Management Code”.

The owners of the mine, Texas Silver Mines Pty Ltd, went into liquidation in July.

According to the internal government document, the liquidators advised that “they were ceasing all activities on site and had no money to carry out any works including pumping contaminated water around the site … the liquidators have issued notice to disclaim the mining lease and have abandoned the site”.

The liquidators, Pitcher Partners, said they were within their rights to take this action.

“We are dealing with this matter in accordance with the law and our obligations, all of which we take incredibly seriously,” the company said in an email to the ABC.

But the Environment Department said the financial assurance (FA) of $2.06 million held for the mine was not enough to clean up the site.

“In January 2015 a recalculation of that FA identified that the rehabilitation liability may be as high as $9.8 [million],” the internal document stated.

Cattle and crop farmer Tim Ramsay, whose property at Bonshaw upstream from the mine straddles the Dumaresq River, said a spill would be “catastrophic”.

“Environmental safeguards should be there so if [a mining company does] go broke, the environment can be cleaned up without it being a heavy burden to taxpayers,” Mr Ramsay said.

“If it was to affect the wildlife in the river, or the quality of the produce that we produce, or just the ecosystem in general, it would be catastrophic.”