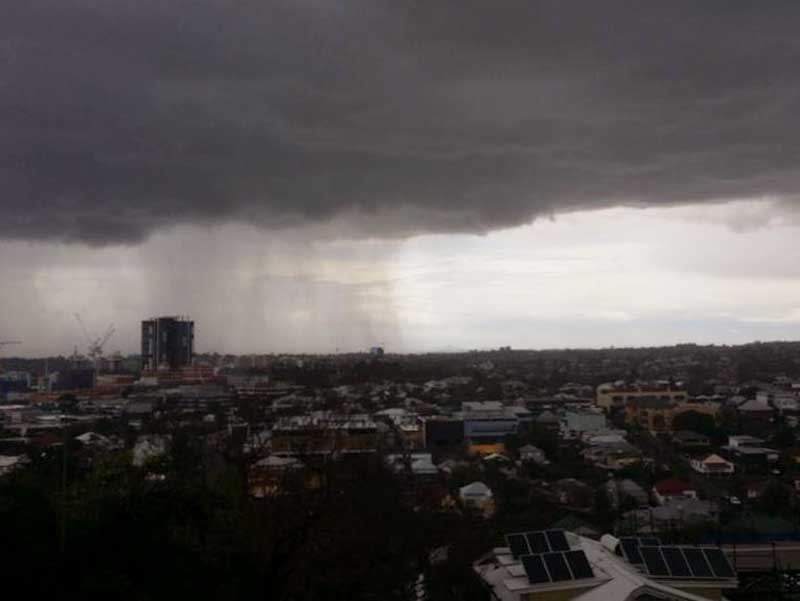 The Bureau of Meteorology warned residents to put cars undercover and seek shelter when thunderstorms hit the region about 2pm on Sunday.

It was expected to hit just hours before Queensland rugby’s Grand Final.

Bureau of Meteorology forecaster David Grant told the Courier Mail the severe weather was not expected to continue into the evening.

“It’ll come across the CBM from about 2pm onwards and continue into the evening.

“The temperature will probably also drop by about five degrees after the hail and we should see the storms head west to the coast.”

Images of the wild weather were shared on social media and showed the ground coated with hail.

This storm is crazy! #bnestorm