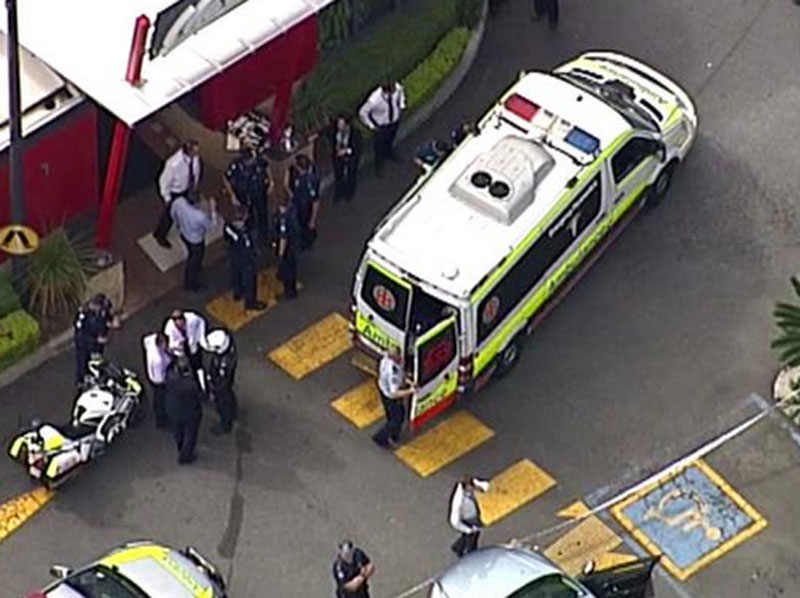 The gunman who shot his estranged wife dead at a Gold Coast McDonalds restaurant has died in hospital of a self-inflicted gunshot wound.

Karina Lock, 49, was shot in the head by her 57-year-old estranged husband Stephen Lock in front of diners at the Helensvale McDonald’s on Thursday.

She died at the scene.

• Many surgeons are bullies, racists and demand sex: report
• Tragic death: mum allegedly chased, bashed, left to bleed
• ‘This country is in a crisis’

Following the shooting, Stephen Lock was transported to Gold Coast University Hospital with head wounds in a critical condition. He died on Friday.

Detective Inspector Mark White said the woman had just entered the premises when the shooting occurred.

“Just as you walk inside into the dining area, that is pretty much where the incident has occurred,” he said.

“I am not going to go into the specifics of it because it is quite a graphic and tragic incident that has occurred and that is obviously the focus of our investigation.

“We’re also looking at the CCTV footage that was available inside the premises.”

Workers ‘shocked up and terrified’

Detective Inspector White said the man had followed the woman into the restaurant.

“We do know that the male and female concerned were known to each other and that is all I can disclose at this point,” he said.

“The female concerned had just walked inside to the premises.

“The male person has come in into the premises as well and that’s when the incident took place.”

A statement from a McDonald’s spokesperson said the company was assisting police.

Mr White said counselling would be offered to people at the scene at the time of the incident.

“Some of them are actually quite distraught, to be honest. And when you have an appreciation of what’s occurred you can understand that,” Det Insp White said.

The woman’s sister-in-law reportedly arrived at the scene shortly after the shooting.

“When she put her head on my shoulder and started crying I could barely hold back my own tears,” Sergeant John Cass said.

Traffic was diverted from the area at the time of the shooting.

It was not the first shooting at a McDonald’s in the past few days.

On Wednesday, an armed gunman was shot dead by police in New Zealand after he opened fire in a drive-through at the fast food outlet in Upper Hutt.