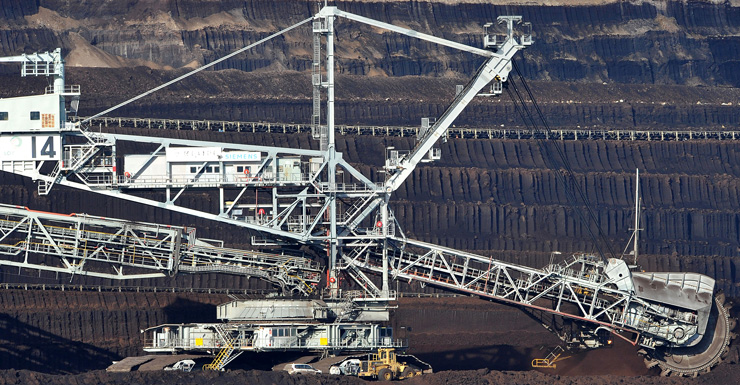 Government approval for Australia’s biggest coal project to be built in north Queensland has been overturned by the Federal Court.

The court ruled environment minister Greg Hunt didn’t listen to his own department’s warnings about the mine’s impact on vulnerable species, the yakka skink and the ornamental snake, according to The Guardian.

In a statement, Indian energy conglomerate Adani said the “technical legal error” from Minister Hunt’s office meant he would now have to reconsider their application.

Environmentalists said they had won the court case, which puts another roadblock in front of the controversial Carmichael coal mine in Queensland’s Galilee Basin.

The Mackay Conservation Group said the Federal Court has ruled Environment Minister Greg Hunt’s approval was invalid after the minister conceded to the Court that he failed to properly assess the project.

Adani are now left with no legal authority to begin construction because of the decision.

It reportedly still hadn’t secured enough financial backing for the project either.

Principal solicitor, Sue Higginson, at the environmental defender’s office in NSW which ran the case, said Mr Hunt’s error in decision making was legally fatal to the mine.

“The conservation advices were approved by the minister in April last year, and describe the threats to the survival of these threatened species, which are found only in Queensland,” she said.

“The law requires that the minister consider these conservation advices so that he understands the impacts of the decision that he is making on matters of national environmental significance, in this case the threatened species.”

Mackay Conservation Group coordinator Ellen Roberts told The Guardian: “It is astonishing and deeply troubling that it has taken a legal case by a small community group to bring the approval process under proper public scrutiny, and expose Minister Hunt’s dereliction of duty in fast-tracking the mine.”