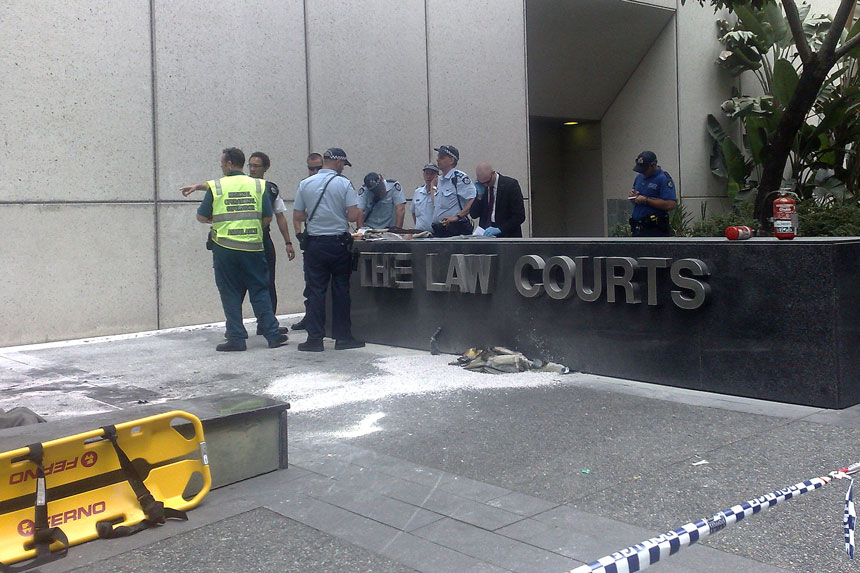 A prisoner has dramatically been taken from court to hospital after he was allegedly slipped drugs by a woman in the courtroom.

Joshua Russell Best, 24, was taken by ambulance from the Queen Elizabeth II law courts to the Princess Alexandra Hospital about noon as a precaution following his hearing in the District Court.

He’d just been sentenced to six years’ jail for a police chase and attempted carjacking last month, and for a home invasion.

Best was allegedly given the contraband when the judge was out of the room.

He was taken to the cells but it’s understood a witness came forward to report the incident, which was allegedly captured on CCTV.

A woman has been given a notice to appear in court later in July on a charge of supplying dangerous drugs.

Best was arrested after he and a woman led police on a dangerous car chase through suburbs south of Brisbane on the night of June 5.

During the pursuit the pair unsuccessfully tried to steal a woman’s car with a baby in the back at Beenleigh before they were captured soon after.