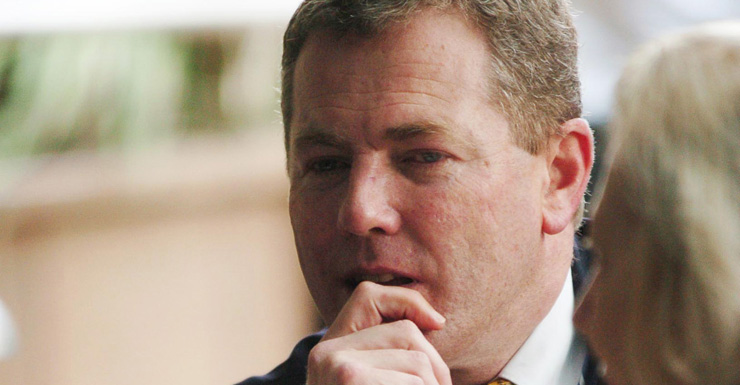 A top Queensland barrister with a handsome income will use case law dating back 200 years to try to avoid a $146 speeding fine.

Mr Morris says he wasn’t driving when his Volvo was photographed doing 57km/h in a 50km/h zone last year.

But he won’t say who was behind the wheel.

He has invoked a spousal privilege case from 1817, arguing it’s unconstitutional for a Queensland court to fine him when there’s evidence he was not the driver.

He says he was in a meeting with top judges when the Volvo was snapped, and they are willing to testify that he was with them.

He argues the spousal privilege principle, established in England 200 years ago, means a husband can’t be compelled to provide information that incriminates his wife.

“I decline to identify the person who was in charge of the vehicle at the relevant time,” Mr Morris reportedly wrote in a letter to the Department of Transport.

Under the laws, the registered owner of a car has two options: name the driver or say they don’t know who was driving.

Car owners can’t, under the law, say they know who the driver was but refuse to give a name.

Mr Morris has told The Courier-Mail he can’t see why he should dob someone in for driving the car when the legislation is invalid.

He said the Volvo caught by the speed camera was not his usual car, but would not tell the paper who usually drove it.

The case will go to the Court of Appeal within weeks.