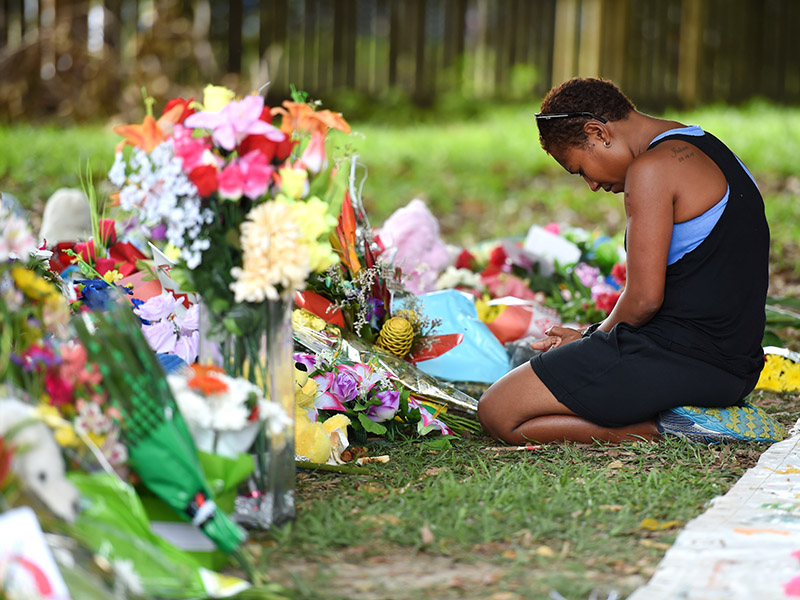 The Cairns mother accused of murdering seven of her children and a niece will be assessed by psychiatrists and may have her case heard in a mental health court.

Raina Mersane Ina Thaiday, also known as Mersane Warria, 37, is facing eight counts of murder after the bodies of the four boys and four girls were discovered in a home in the suburb of Manoora on Friday.

Her lawyer, Steve MacFarlane, says his client is still coming to terms with what happened.

“I think she probably knows what happened but doesn’t realise it and it hasn’t sunk in,” he told reporters on Monday after the case was mentioned briefly in the Cairns Magistrates Court.

“I’ve spoken to her and she’s coping the best that she can at the moment.”

Mr MacFarlane said police had served the woman with an involuntary treatment order but she was yet to be assessed by psychiatrists.

“So once she gets assessed then it may go to the mental health court at that stage,” he said.

Mr MacFarlane said it would be some time before his client was released from the Cairns Base Hospital where she is recovering from stab wounds.

Thaiday was formally excused from appearing at Monday’s hearing.

Magistrate Alan Comans refused a request from Mr MacFarlane for the next hearing be held in a mental health court.

The case was adjourned until January 30.

Vigils and memorials for the slain children, who ranged in age from two to 14, were held throughout Queensland at the weekend.

More services are expected to be held in Cairns on Monday night.

Relatives, Manoora residents and strangers continue to lay flowers at a makeshift memorial set up just metres from the house where the children were found dead.