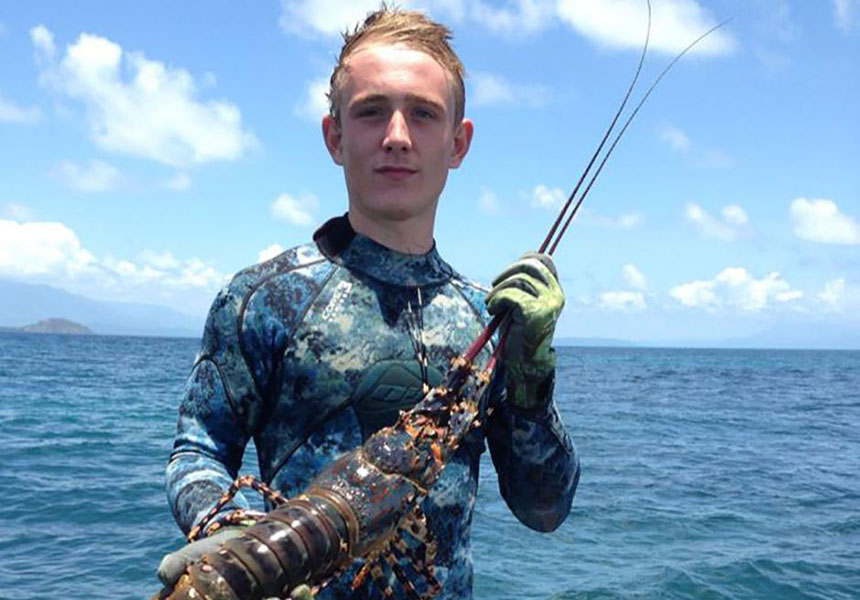 A Queensland teenager who just completed year 12 has died after being attacked by a shark off Port Douglas in the state’s far north.

Daniel Smith, 18, from Mossman, was fishing off Rudder Reef about 11am on Monday when he was bitten by a shark on his leg and arm.

Friends who were travelling with him on a private boat called authorities and performed emergency first aid.

It is not yet known what type of shark was involved in the attack.

“A lot of large blood vessels [are] in the groin area, so for him to go into cardiac arrest that quickly it would be blood loss,” he said.

He said it had been a two-hour trip back to the shore by boat.

“It does take a while for people to get back in there,” Mr Thiedecke said.

“When they arrived, the people [on the boat] were still doing CPR on him, trying to save him.

“We did have Mossman hospital on stand-by with a doctor … but unfortunately when we arrived, he was well and truly passed.

“We did have a car waiting at Port Douglas for when he arrived and it was the paramedics in the Port Douglas unit [who assessed him].”

Mr Thiedecke said shark attacks in the region were rare.

A shark researcher said it was likely the shark that killed the teenager was after the fish he had caught.

Richard Fitzpatrick from James Cook University said a shark does not have to be big to cause fatal injuries.

“There’s a few different reef sharks out there. But until bites are identified, size ratios and the radius of the bite and all that kind of stuff it’d be a bit hard to determine exactly what species it was,” he said.

Douglas Shire Mayor Julia Leu said it was tragic news and the community was in shock.

“Our hearts very much go out to his family,” she said.

“It is a real shock to all of us that this has occurred.

“He had just completed year 12 at Mossman State High School – he was a lovely fellow and we are very, very sad that this has happened.”

But he said it was popular with spearfishing enthusiasts, and there was a fatal shark attack at nearby Opal Reef almost a decade ago to the day.

Spearfisherman Mark Thompson, 38, died from a heart attack soon after being attacked by a shark on December 11, 2004.