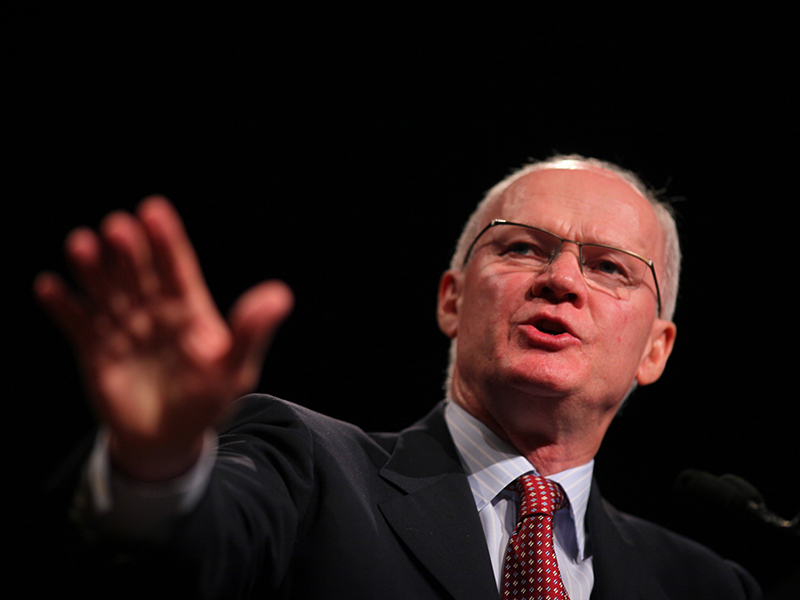 Mr Goss had been in ill health in recent years and had undergone surgery for brain tumours.

After guiding Labor back to power after 32 years in opposition, he led the Queensland Government from December 1989 until February 1996.

Following his resignation as leader he remained in parliament under Labor leader Peter Beattie.

He resigned in 1998 after being diagnosed with a brain tumour.

Matt Foley, who served as attorney-general in the Goss government, was extremely close to the former premier and last saw him a week or so ago. He’d been in hospital until very recently, but was allowed to go home to die.

“He died at home surrounded by his family,” Mr Foley told AAP.

He said his friend’s list of legacies was long, but sweeping away the gerrymander was perhaps chief among them.

“He restored democracy in Queensland. He gave the state a fair electoral system so that ordinary Queenslanders had a real right to a fair vote and to change the government of the day,” he said.

Mr Goss will also be remembered for transforming the arts in Queensland.

“He had a heart bigger than Phar Lap for the arts and he was passionate about ensuring kids could have access to the arts and to music whether they came from Inala, or Kowinyama,” Mr Foley said.

Mr Goss, whose former chief-of-staff was Kevin Rudd, was premier until February 1996, when the Mundingburra by-election caused Labor to lose its majority and power on the floor of parliament.

He’d been preselected to run against maverick independent Pauline Hanson at the 1998 federal election but his first brain tumour ended that career option.

In his time in the top job, he changed Queensland in so many ways.

Former Labor minister Robert Schwarten, who was a backbencher in the Goss government, said he was in awe of the former premier’s impact, including sweeping social reforms.

“Within a year it was no longer illegal to be a homosexual, he introduced laws to decriminalise prostitution, he brought in the first gun laws in Queensland,” he told AAP.

“It was just an enormous list. But the thing he’s least remembered for is that he got Queensland into the 20th century in terms of financial accountability.”

Mr Goss’s wife Roisin, son Ryan and daughter Caitlin said they were mourning the loss of a great man.

“As a family we mourn the man we love; as Queenslanders we join with so many others in gratitude for everything Wayne did for our community and our state,” they wrote.