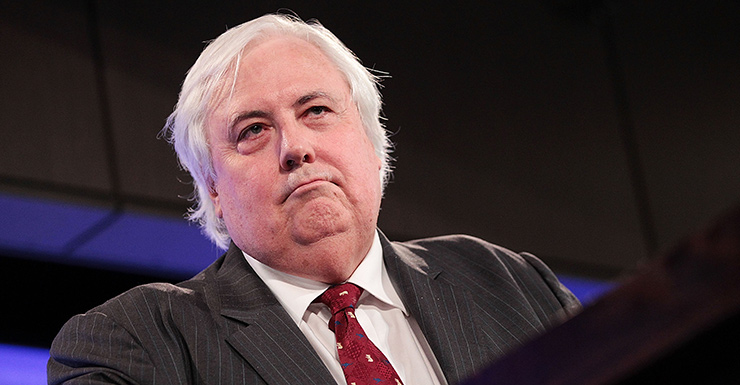 Clive Palmer says a Senate inquiry into the Queensland government is not about his grudge with Campbell Newman and the Liberal National Party.

The federal MP says the inquiry, orchestrated by the Palmer United Party, is about democracy and making sure Queenslanders have a forum to air any grievances they have about the Newman government.

The inquiry is due to report back in March, when the next state election is due. Mr Palmer said it was hard to say what effect it might have on the election result.

“They may find that Campbell Newman has been an upstanding, strong premier that’s done the best for the state and it should help him get re-elected if that’s the case,” he told reporters in Brisbane on Friday.

“You shouldn’t call an inquiry and know what the answers will be.”

“Certainly it’s not about me,” Mr Palmer said.

“And as Abraham Lincoln said a long time ago ‘the government of the people, by the people, for the people, shall not perish from this earth’.

“I like to think that government by the people, for the people, shall not perish from Queensland, from the benefit of all Australians.”

And Mr Newman, Mr Seeney, Attorney-General Jarrod Bleijie and other cabinet members must do the same.

“I think it would be a travesty of justice if the premier and the deputy premier didn’t give evidence. If they decided not to participate you’d have to wonder if they are guilty of something,” Mr Palmer said.

He offered a long list of concerns that proved the need for the inquiry, to be chaired by PUP Senator Glenn Lazarus.

This included 15,000 public sector job cuts, political donations, the politicisation of the police force and interference in judicial appointments as some of the primary concerns.

He also pointed out it was not the first such inquiry into the Queensland government, citing one in 1993 into the Heiner affair and another in 2007 into the Traveston Dam.

“We are following the precedent established by … Liberal-dominated senates over the years to look at matters of great concern,” he said.

“What this is about really is the truth. No one should hide from the truth.”

Mr Seeney has said the inquiry is an act of revenge by Mr Palmer – a former life member and major donor of the LNP – because the state government denied his requests for special favours.

“I don’t think anyone pretends it is going to serve any purpose,” Mr Seeney told reporters earlier this week.

The government is yet to say how it will respond to the probe, other than to say it is seeking legal advice.

Qld government inquiry ‘not about me’: Palmer