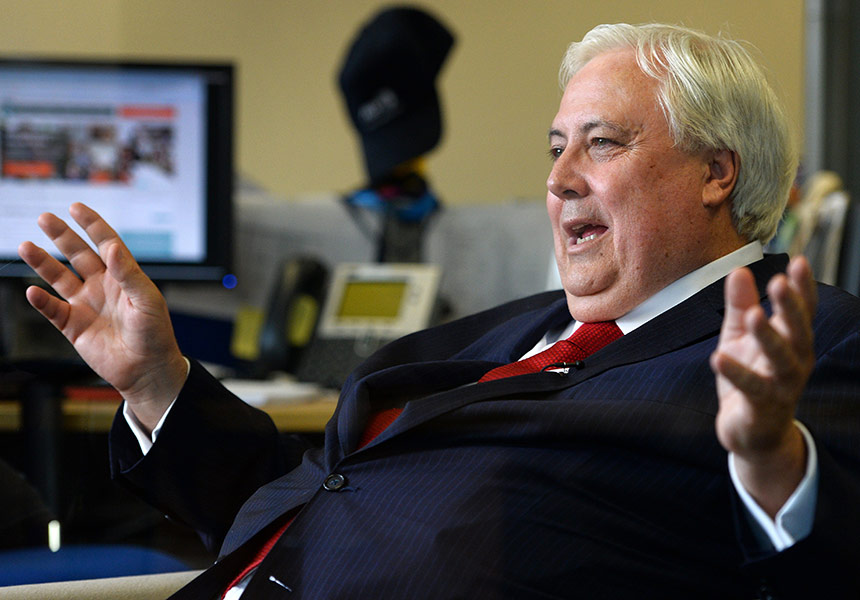 Since being elected to Federal Parliament in the seat of Fairfax on the state’s Sunshine Coast last November, Mr Palmer has been in the House of Representatives for 14 sittings, but has missed 10.

He missed the final session of Parliament last year to be with his wife, who was about to have a baby.

Foreign Affairs Minister Julie Bishop and Trade and Investment Minister Andrew Robb were the only MP’s in the House for less time than Mr Palmer last November and December.

During that period, Mr Palmer was there for nine days, Ms Bishop for eight, and Mr Robb for five, out of a possible 15 days.

It is understood they were on Federal Government business overseas and were paired in Parliament.

Mr Palmer has never made it a secret he will not attend every sitting, saying while he will be a full-time member, he can better represent his electorate outside the chamber.

He says he was on the Gold Coast yesterday to help a constituent get medical treatment.

“Not everything that happens in Parliament is of any substance or any reality,” he said.

“But what’s more important is that we think about the people in this country and look after them.”

It is unknown if Mr Palmer will be in Parliament today.

Where’s Clive? Palmer delivers on promise to be away