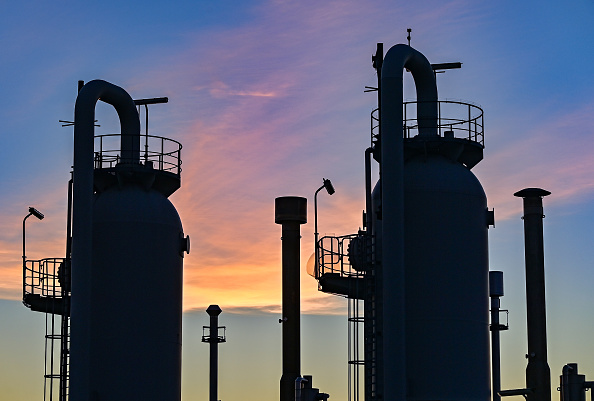 The Munupi people are taking the federal offshore oil and gas regulator to court to challenge its decision to approve the work in the Barossa offshore gas field. Photo: Getty

Traditional owners from the Tiwi Islands have begun legal action to stop offshore drilling for a massive gas project in the Northern Territory.

The Munupi people are taking the federal offshore oil and gas regulator to court to challenge its decision to approve the work in the Barossa offshore gas field, 300 kilometres north of Darwin

The community says it wasn’t consulted before the Santos-led project was authorised to drill up to eight production wells.

“My clan, the Munupi, own these northern beaches. It’s our land that’s closest to the drilling site. We are the ones who are going to be affected,” Dennis Tipakalippa said on Tuesday after the case bearing his name as the plaintiff was filed to the court.

“They never came to me in person or face to face. No one spoke to me as a traditional owner and senior lawman for the Munupi clan.”

“Santos should have respected us and consulted in the proper way. They think they can just go ahead with drilling our sea country without even talking to us.”

Mr Tipakalippa and the community was concerned that increased shipping and helicopter movements may interfere with turtles, dugongs, whales and other marine species important to Tiwi songlines and cultural practices.

Santos, the nation’s second-largest independent gas producer, signed off on the $3.6 billion Barossa offshore development in 2021, making it the largest private economic investment in the territory since Inpex’s Ichthys gas project decision in 2012.

It is expected to produce about 3.7 million tonnes of LNG annually and provide export revenue and business opportunities for the NT economy.

It includes a pipeline from the Barossa gas field in the Timor Sea to an existing LNG facility on Darwin Harbour, which is scheduled for an $800 million refit.

The two projects are expected to generate about 600 jobs during construction and another 350 at Darwin LNG over 20 years.

Santos said in March the project was on budget and on schedule, and had all necessary approvals following consultation with key stakeholders.

NOPSEMA accepted the project’s environmental plan and approved the drilling activities in May, saying it was satisfied the project had complied with the regulations.

To date, the regulator has accepted Barossa’s offshore project proposal and environmental plans for the gas pipeline installation and development drilling.

Environmental Defenders Office lawyer Alina Leikin said the Santos-led project had a legal obligation to consult with people who may be impacted by the drilling before it sought approval.

“The stakes couldn’t be higher for the Tiwi community. These waters and the life within them mean everything to Dennis and his community, but they didn’t have a chance to voice their concerns before the drilling was approved,” she said.

“They were sidelined from the consultation process. Our client is arguing that consultation did not occur, and so the approval is invalid.”

It’s understood to be the first time an Indigenous person has legally challenged an Australian offshore project approval over an alleged lack of consultation.

The Tiwi Islands are located 85km north of Darwin. Santos has been contacted for comment.