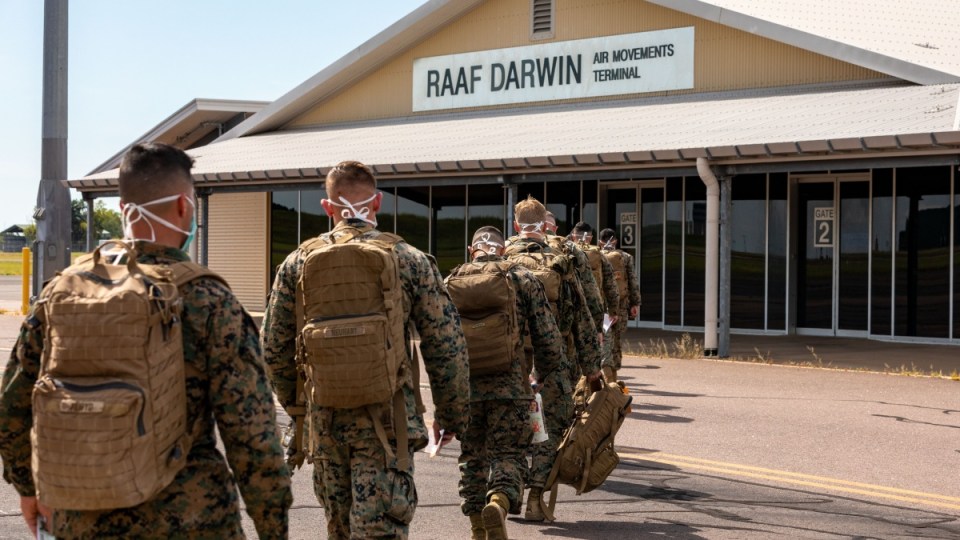 About 2200 US Marines are based in Darwin as part of the annual Marine Rotational Force in the NT Photo: AAP

A US Marine based in the Northern Territory will face court over indecent assault allegations at a Darwin bar.

The alleged incident involving the 21-year-old man on April 30 is understood to have happened at the Landmark sports bar in Palmerston.

A Marine Rotation Force spokesman said the service “take allegations of misconduct seriously and we hold our Marines and sailors to the highest standards of conduct”.

“We are working diligently to determine the facts in this situation, and are complying with all orders, policies, and agencies involved,” he said.

About 2200 Marines including 250 US army personnel are currently based in Darwin, as part of the 11th annual Marine Rotational Force to be deployed to the NT.

The seasonal force undertakes training with the Australian Defence Force and other visiting countries from May to October.

The force is part of the ongoing US posture initiative to promote stability in the Indo-Pacific region.

The man has been summonsed to appear in court on June 16, NT police confirmed.