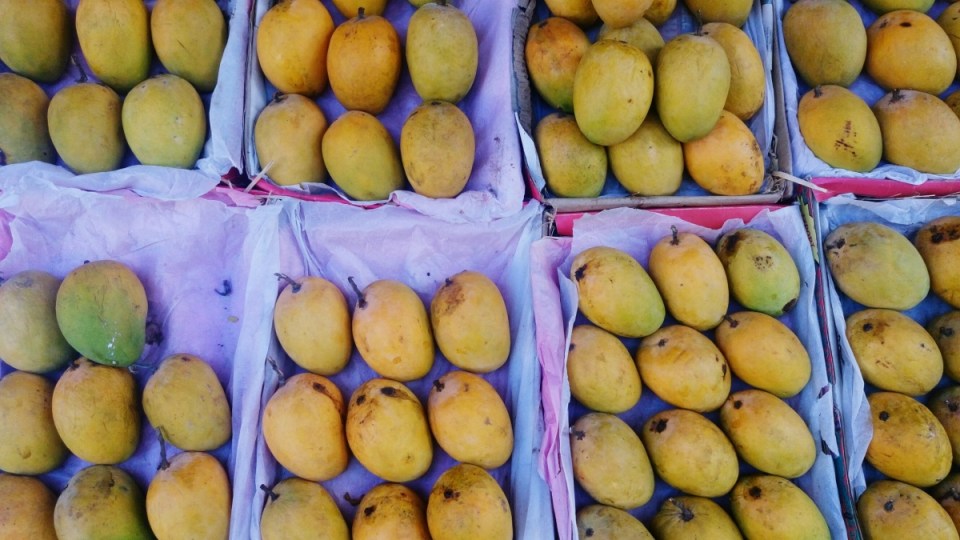 The moth threatens the NT's mango industry, which produces over half the national crop. Photo: Getty

Northern Territory horticulturalists are on high alert after an industry-threatening plant pest known as the mango shoot looper was detected in the Top End for the first time.

The invasive moth species, from Asia, was found in a Darwin orchard last month and confirmed to be the exotic pest after DNA sequencing in early April.

Mangoes are the territory’s largest horticultural product and the NT is the country’s largest grower of the fruit, producing more than half the national crop.

The industry contributes more than $128 million to the economy and during harvest employs about 2000 workers, according to the NT Farmers Association.

Mango shoot looper is a threat to the commercial mango industry, as well as backyard growers and hobbyists.

The NT increased surveillance for the moth after it arrived in Queensland late last year.

The moth is similar to five other species of loopers that are found on mangoes in the territory.

The adult moths can fly in localised areas from tree to tree and are attracted to lights on caravans and vehicles.

Their spread is thought to have been assisted by strong winds.

Female moths are pinkish in colour and the males are very pale brown or pinkish fawn, with a wingspan of about 20 millimetres.

The caterpillars can vary in colour from yellow, brown to black with a mottled Tiger-like pattern.

Heavy infestations can cause leaf defoliation, resulting in reduced photosynthesis.

The pupae are up to 9mm and have a distinctive elongated triangular appearance, starting as green then turning brown as they mature.

Territory mangoes are exported to key Asian markets and the US.

They’re attractive to export markets because they’re harvested in the opposite season to major northern hemisphere producers.

The majority of mango farms are in Darwin’s rural area, but they are grown as far south as Mataranka, 420km south.

About 40,000 tonnes of mangoes are produced annually in 6350 hectares of mango farmland.

Growers, nurseries and travellers are urged to be on the lookout for signs of the pest to help limit its spread.