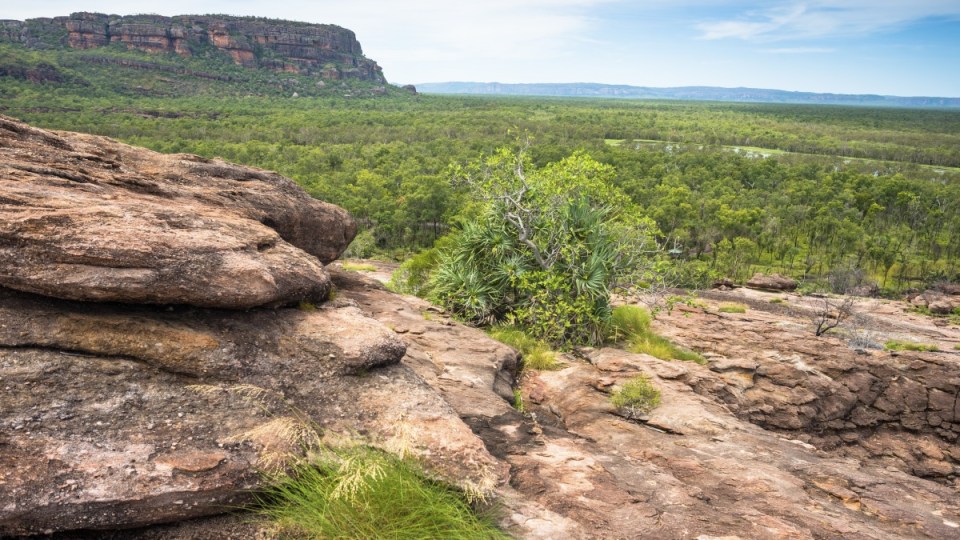 A court battle between the Northern Territory government and the Commonwealth over claims Parks Australia illegally disturbed an Aboriginal sacred site in Kakadu National Park has started in Darwin.

The NT’s Aboriginal Areas Protection Authority filed a criminal charge against Parks in 2020 for carrying out uncertified work at Gunlom — a cascading waterfall that appeared in the movie Crocodile Dundee.

It alleges Parks built a walking track to Gunlom’s top pools without permission from the Indigenous custodians.

Parks has agreed to remove the offending section of track and apologised to traditional owners for the distress the work caused.

But it has pleaded not guilty to the charge, which triggered the court case being fought on Monday before a full bench of the NT Supreme Court.

The case is not about the walking track but rather to address constitutional issues arising from the criminal charge and whether the director of Parks is liable.

Parks has previously urged the AAPA to drop the criminal charge but it refused.

AAPA has previously alleged the track was constructed close to a restricted ceremonial feature against the wishes of the World Heritage-listed park’s traditional owners and without an authority certificate, which is issued after consultation.

Before AAPA issues a certificate it consults traditional owners about the sites to understand how they should be protected, and what restrictions and conditions should be applied to the proposed works.

Parks has since sought and obtained a certificate and negotiated with traditional owners about the realignment of the track.

National Parks acting director Jody Swirepik has previously said Parks was ordered to plead not guilty by the commonwealth attorney-general so the constitutional issues could be addressed.

The maximum penalty under NT law for carrying out work on a sacred site without a certificate is $314,000.