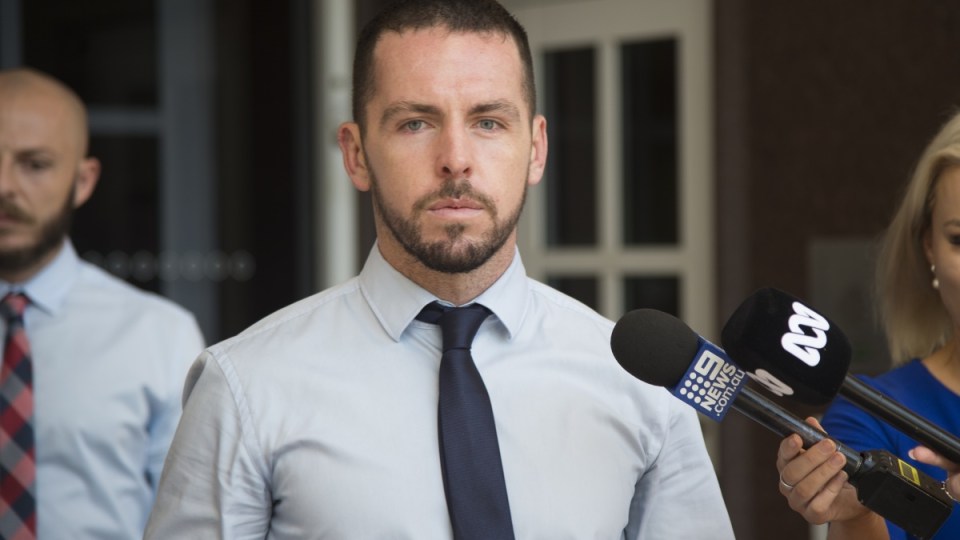 NT policeman Zachary Rolfe has been found not guilty of murdering Kumanjayi Walker during an arrest. Photo: AAP

A jury has acquitted a Northern Territory policeman of murder after he fatally shot an Aboriginal teenager during an outback arrest.

Constable Zachary Rolfe, 30, denied murdering Kumanjayi Walker after the teen stabbed him with a pair of scissors on November 9, 2019.

He also pleaded not guilty in the Northern Territory Supreme Court to the two alternative charges of manslaughter and violent act causing death.

The jury on Friday also acquitted him of those offences.

Outside court, Constable Rolfe said the jury had made “the right decision”.

“A lot of people are hurting today, Kumanjayi’s family and his community, and it did not need to get to this point, so I am going to leave this space for them,” he said.

Defence lawyer David Edwardson QC said Constable Rolfe should not have been charged and the investigation into his actions was appalling.

“A number of public figures have had a lot to say before he was charged and again that is regrettable,” he said.

Mr Walker died after Constable Rolfe fired three shots into the 19-year-old’s back and torso as he resisted arrest in Yuendumu, 290 kilometres north-west of Alice Springs.

The Crown conceded the first shot, fired while the teen was standing and wrestling with Sergeant Adam Eberl, was justified.

But it said the second and third shots, which were the subject of the murder charge, went “too far”.

Jurors at the four-and-a-half week trial heard evidence from about 40 witnesses. Police body-worn camera footage of the shooting was also shown to the court.

The court heard senior police sent Constable Rolfe and four other officers from Alice Springs to patrol the community of about 800 on the night Mr Walker died.

They were also ordered to gather intelligence about the teen’s location and arrest him early the following morning, when he was likely to be sleeping and easily taken into custody.

A video of the incident showed Mr Walker lying about his identity before Constable Rolfe and Sergeant Eberl, then a constable, attempted to handcuff him about a minute later.

A scuffle broke out and the teen stabbed Constable Rolfe in his shoulder with a pair of scissors before the constable fired one shot into his back.

He fired the next two shots in quick succession 2.6 seconds later.

Constable Rolfe was on a mission to track down the teen after watching a video of him violently threatening other officers with an axe on November 6, he said.

The constable also did not have an honest belief he needed to fire the second and third shots to protect himself, or that they were a reasonable response.

His state of mind was that if Mr Walker showed any resistance or pulled out a weapon he would draw his gun and if necessary, fire it, he said.

Constable Rolfe told the jury he felt Mr Walker’s hand on his police pistol and spotted him stabbing Sergeant Eberl in the chest and neck, and that he feared for his and his partner’s lives.

Mr Edwardson told the trial Constable Rolfe had no choice but to pull the trigger and Mr Walker had a lengthy and violent criminal history.

He said Constable Rolfe was defending himself and his partner when he fired all three shots and that he was performing his duty as a police officer, and acting in good faith in that role.