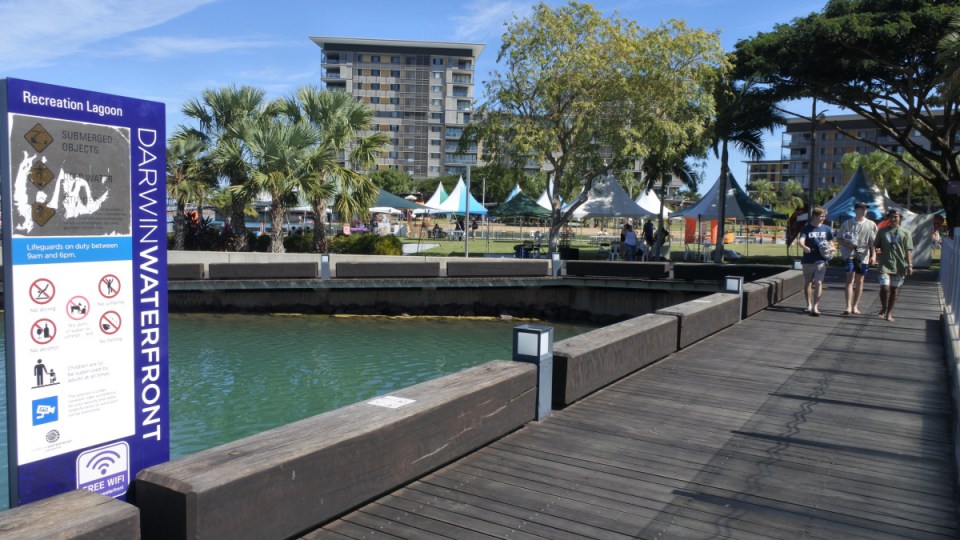 A cyclone warning has been issued for parts of the NT coast, but Darwin is likely to be spared. Photo: Getty

A tropical cyclone is developing off the Northern Territory coast but Darwin may be spared the worst of its damaging winds and heavy rain.

The Bureau of Meteorology says Tropical Cyclone Vernon is expected to develop on Friday night or early Saturday morning as a slow-moving low over the Timor Sea intensifies.

A cyclone warning has been issued for sections of the Territory coast, from south of Dundee to the Western Australian border.

In Western Australia, the warning area extends from the border to the Mitchell Plateau, including Kalumburu and Wyndham.

While the exact path of the system remains somewhat uncertain, it is considered more likely to track to the south-west.

Darwin remains in a cyclone watch zone, which also includes the Tiwi Islands and parts of WA’s Kimberley coast.

On Friday afternoon, the low was 330 kilometres west of Darwin with sustained winds of 55km/h and gusts of up to 85km/h. But communities have been warned to expect winds to increase to 100km/h.

Monsoonal conditions could deliver falls over the next three days in excess of 150 millimetres, leading to localised flooding in many areas.

Ms Gamble said it was still possible the system could move further east and affect Darwin.

“The models that we use to inform our forecast tracks are still very divergent. So it does require a lot of deep analysis,” she said.

“While we don’t expect it to be the same as other cyclones we’ve had in the past it can very much change direction from day to day and hour to hour.

“Every tropical system is erratic and they can be difficult to forecast. It’s not unusual to have a lot of different options that we have to explore.”

Mr Cunnington said there were no plans to evacuate any communities.