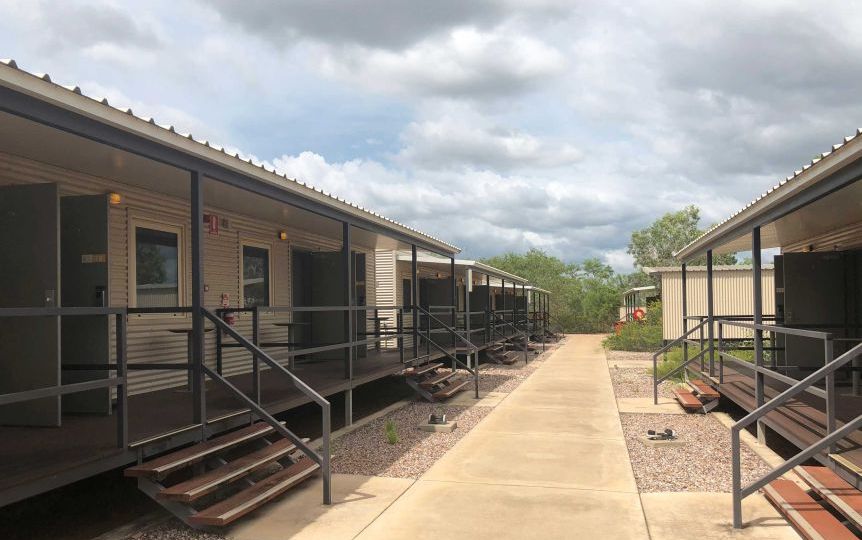 COVID-19 tests conducted in Katherine weren't able to get to a Darwin lab, because of a large storm. Photo: Department Of Home Affairs

The Northern Territory has detected no new COVID-19 infections after a large Top End storm stopped hundreds of tests reaching a laboratory.

The territory’s outbreak stands at 52 infections amid an outbreak in the Katherine area and the remote Indigenous community of Robinson River.

It was expected to grow on Friday after an infected Binjari woman fled from her locked down community and travelled to a gathering in nearby Katherine, 320 kilometres south of Darwin.

“We had a number of tests in Katherine yesterday that weren’t able to get into our laboratory in Darwin until very late in the evening,” Health Minister Natasha Fyles said on Friday.

“They were delayed due to the large storm that we had between Katherine and Darwin”.

Ms Fyles said the weather grounded a flight that was scheduled to transport COVID tests from the Katherine area and people deemed close contacts to quarantine at Howard Springs.

A series of misleading social media posts have alleged the ADF forcibly transferred infected Indigenous people to quarantine facilities while likening them to the stolen generation.

Some traditional owners also accused military personnel of holding down people in some Indigenous communities and forcibly injecting them with the vaccine.

The posts were shared and reposted hundreds of times on Facebook and other platforms and authorities fear they could threaten efforts to contain an outbreak.

Amnesty’s Australia office said it was disappointed its British office released the information.

“The additional of a headline which was not in the original statement suggesting the ADF was “inflicting trauma” completely changed the sentiment of the statement,” national director Sam Klintworth said.

It was meant to convey Amnesty’s full support for the vaccination program.

“We are deeply sorry for the distress this has caused,” he said.

The ADF rejected the claims, saying they were “spurious” and “deliberate disinformation”.

About 85 ADF personnel are assisting police and health workers in and around the Katherine area, with food deliveries to vulnerable communities and transporting close contacts to testing facilities.

They are also helping police at vehicle checkpoints.