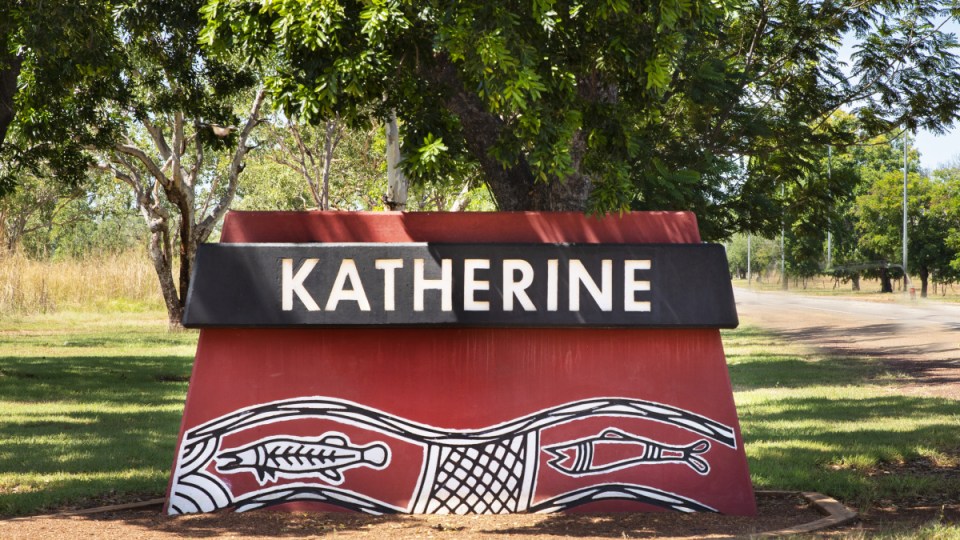 Katherine, 320 kilometres south of Darwin, has become the epicentre of the NT's COVID-19 outbreak. Photo: AAP

There are growing concerns for the health system in the Northern Territory, with eight new COVID cases – including a three-week-old baby girl – reported on Wednesday.

Five of the latest infections are in the remote Indigenous community of Robinson River, while the other three are in Katherine, about 320 kilometres south of Darwin.

They take the NT’s latest virus outbreak to 19 cases.

“They are all Aboriginal Territorians,” Chief Minister Michael Gunner said.

He again urged Territory residents to get vaccinated against the virus.

“I fear it will take lives in the Territory before the year is out. Please, please don’t let it be your life – the vaccine is your best defence,” he said.

The new infections at Robinson River, 1000 kilometres south-east of Darwin, are all household contacts, bringing the total number of cases in the community of 350 to six.

The sixth new case is a 36-year-old man in Katherine, who is a household contact of the other 10 cases diagnosed in the town. Mr Gunner’s office confirmed two more cases – two Katherine women aged 21 and 38, both household contacts of existing cases – after Wednesday’s briefing.

They come after Labor senator Malarndirri McCarthy revealed that the nine people confirmed with the virus in the area on Tuesday were all members of her family.

All of Wednesday’s cases are either at or being moved to the Centre for National Resilience at Howard Springs to quarantine.

“The situation in Robinson River and Katherine is serious,” Mr Gunner said.

“We know how quickly Delta can spread within households and we can’t be sure yet that it hasn’t spread further into the [two] communities or wider in the territory.”

Health authorities have urged everyone in Robinsons River to get tested for the virus – and apologised after some people were turned away in from testing in Katherine on Tuesday.

“This is a huge challenge,” Mr Gunner said.

Deputy chief health officer Charles Pain said the NT’s health system was already under strain. One COVID patient is on oxygen in hospital in Darwin, while medical facilities in Katherine have been listed as exposure sites.

“I wish to make an appeal to community – we need your help to prevent those admissions to hospital,” he said.

“We must get vaccinated at higher levels to avoid the health system being put under unacceptable and potentially unsustainable pressure, so I do not want to sugarcoat that. That is a significant risk.”

The latest outbreak in the Top End started on Monday when a 30-year-old woman – Senator McCarthy’s sister – and a 43-year-old man were reported as infected on Monday.

The woman, who is unvaccinated, had travelled from Katherine to Robinson River, where she was diagnosed with the virus. It was the first case reported in a remote NT Aboriginal community.

On Wednesday, Senator McCarthy said she had spoken to some of her cousins in Katherine and they were all double vaccinated.

“There was definitely no hesitancy [about getting the vaccine],” she told the ABC.

But more needed to be done to counter negative attitudes towards getting the jab, the senator added, pointing to messaging in First Nations languages.

Overcrowded housing and low vaccination rates trouble many Indigenous communities across the NT, with reports some homes in Robinson River have 20 occupants.

Mr Gunner said it was likely but not confirmed that the cluster was linked to the NT’s first community transmission outbreak, which was triggered several weeks ago by a woman who unlawfully travelled to the NT from Cairns after visiting Victoria.

Genomic testing results to confirm this are due on Thursday.

Greater Katherine and Robinson River were plunged into a three-day lockdown on Monday night.

That has since been extended in Katherine until Monday, with a territory-wide order to wear face masks in most public areas.