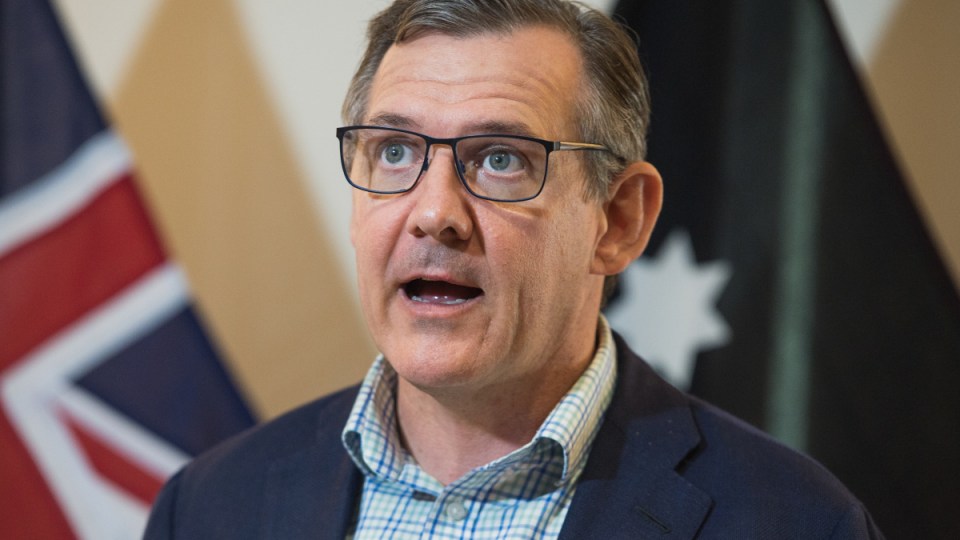 If people are trying to get a PCR, the NT will sort it out when they arrive, Michael Gunner says. Photo: AAP

It comes as the territory’s cluster grew by one new case to four after a close contact of the index case fell ill in quarantine.

Mr Gunner says the “new case was not a threat” and the lockout will end as planned at 11.59pm on Tuesday.

He said the man had been in quarantine for his entire infectious period and there were no new close contacts or exposure sites linked to the case.

“I’m also pleased to be able to report that all of the other indicators in Greater Darwin are excellent,” Mr Gunner told reporters.

Wastewater testing has returned negative for the virus, and two pubs and a restaurant the source case visited have been downgraded from close contact to casual contact sites.

“So with all of the above factors in mind, we can move out of the Greater Darwin lockout with confidence that we’ve traced and tracked the virus,” Mr Gunner said.

Face masks will need to be worn until 5pm on Friday in most public places.

Health restrictions were imposed in Greater Darwin and Katherine, 320km to the south, late on Thursday after an unvaccinated man in his 20s contracted the virus without leaving the NT.

Katherine was fully locked down, along with unvaccinated people in Greater Darwin, until the source was found to be a woman who had flown to the NT from Cairns.

She had also visited South Australia and Victoria before lying on her NT border entry form and spending two nights with the index case at a Darwin hotel.

The woman was fined $5024 on Sunday, when the full lockdown in Katherine was eased to a lockout of unvaccinated people.

That ended at 5pm on Monday, but the lockout of unvaccinated people in Greater Darwin was extended by 24 hours to Tuesday night after authorities interviewed the woman and learned she had visited three venues while infectious.

NT Health has said the woman was infected with a Victorian Delta strain of the virus.

Meanwhile, NT Police Commissioner Jamie Chalker said charges would be laid against three people after a violent protest against mandatory vaccines in Darwin on Saturday.

Samples of the chemical have been sent interstate for analysis to determine what it is.

Mr Chalker said infringement notices would also be issued to protesters who failed to wear masks at the rally.