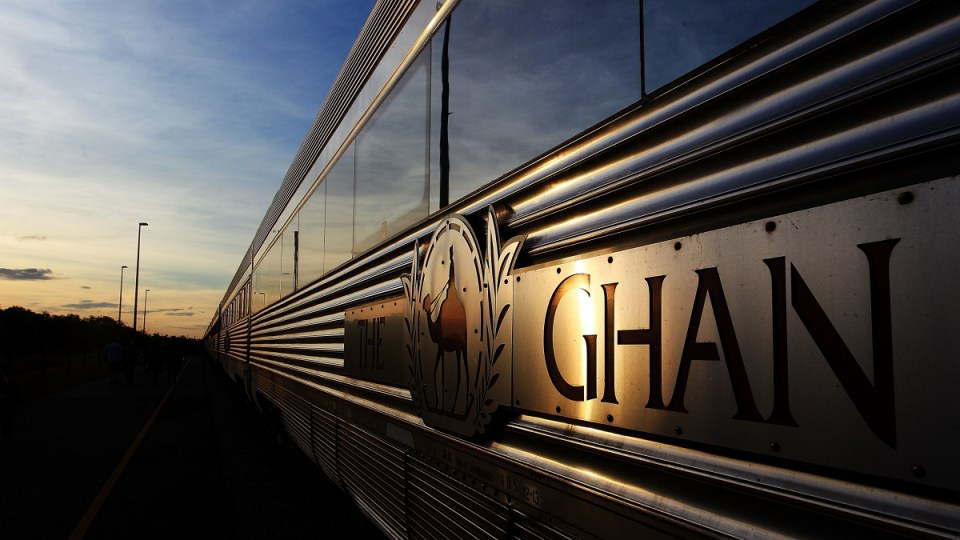 The Ghan was halted in Adelaide because of the Northern Territory's COVID rules. Photo: Getty

More than a dozen Queensland tourists have had their Northern Territory holiday plans disrupted and are in COVID-19 isolation after crossing the border on The Ghan train.

NT Health directed 20 travellers into isolation on board the train after declaring Greater Brisbane and Toowoomba hotspots late on Monday.

The historic cross country train left Adelaide late on Sunday and was in Alice Springs when the directive was received.

The affected passengers remained in their cabins until the train arrived in Darwin late on Tuesday, NT Health Minister Natasha Fyles said on Wednesday.

They have since been transferred to hotel isolation where they are awaiting coronavirus tests.

All 20 tourists were either from or had been to Greater Brisbane since March 20.

Under NT Health orders released on Monday, they were required to self-isolate and get a COVID-19 test within 72 hours, and remain in quarantine until a negative test result is returned.

The NT declared Brisbane, Ipswich, Logan, the Toowoomba region, the Moreton Bay region and Redland hotspots from 4.30pm on Monday.

Greater Brisbane remains in lockdown with two new virus cases reported on Wednesday, taking the total number of community infections to 17. They include two COVID-19 patients who initially spread the virus to hospital workers.

The NT chief health officer declared a further hotspot over the Byron Bay area in NSW from 4.30pm Tuesday.

Anyone travelling to the NT from hotspots is required to enter into 14-days mandatory supervised quarantine.

A further five guests scheduled to depart Darwin for Adelaide on Wednesday’s service were refused travel after they failed to meet South Australia’s COVID-19 travel requirements, a spokeswoman for Journey Beyond travel company said.

“We are working closely with authorities in response to the hard borders being imposed by various governments for guests from the Greater Brisbane and Queensland areas,” she said.

“Affected guests who have already arrived or are currently onboard from these regions are being required to follow instructions from authorities.”

The Ghan first crossed the outback in 1929 carrying passengers and freight. It has since become a luxury travel experience.

It stopped running for five months in 2020 due to COVID-19 border closures, the longest break in operations in the train’s 91-year history.